Alternate headline: Exhibit 9,036 proving that the media is a fully-owned subsidiary of the federal government

On Friday the news broke that the FBI has been investigating top Democratic Senator Bob Menendez for engaging in sex with underage Dominican hookers on junkets with a wealthy Democrat donor.

For some reason the ABC host Martha Raddatz forgot to ask Menendez about the hooker scandal. 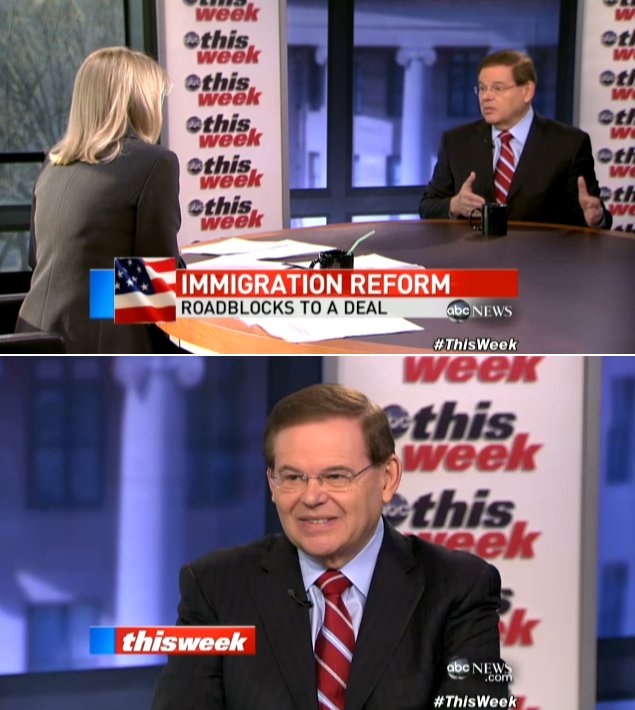 That’s outrageous. You could imagine the grilling this man would get if he had an “R” behind his name instead of a “D”. Instead, ABC willfully keeps the public in the dark on this horrific scandal.

The federal government and the media have formally merged into a single, holistic entity bent on destroying the Constitution of the United States.

Which is why I urge all regular Americans to boycott ABC, NBC, CBS and the rest of the alphabet channels. Never watch them. Never link them. Never refer to them.

They deserve nothing but your ridicule.