The following is the full overview of Dianne Feinstein's proposed gun ban. There are several key differences between this bill and the original (failed) assault weapons ban of 1994:

• This time around, virtually every sporting rifle imaginable is banned;

• And the sale of all high-cap magazines will be prohibited, period.

Last time around, high-cap magazines manufactured before the ban could still be legally bought and sold, albeit at outrageous prices. Now, if my reading is correct, high-cap mags will only be available to criminals who somehow failed to read the latest Congressional Record.

The legislation bans the sale, transfer, manufacturing and importation of:

 All semiautomatic rifles that can accept a detachable magazine and have at least one military feature: pistol grip; forward grip; folding, telescoping, or detachable stock; grenade launcher or rocket launcher; barrel shroud; or threaded barrel. 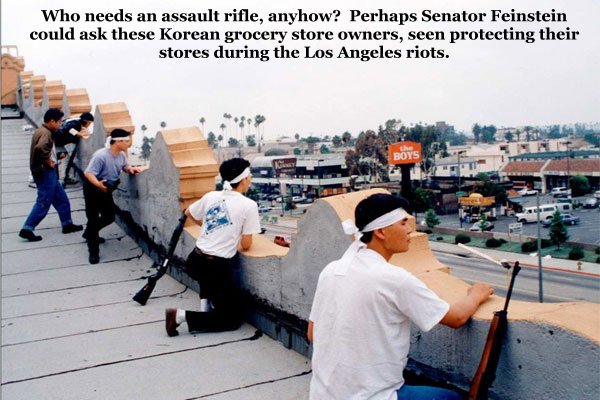  All semiautomatic rifles and handguns that have a fixed magazine with the capacity to accept more than 10 rounds.

 All semiautomatic shotguns that have a folding, telescoping, or detachable stock; pistol grip; fixed magazine with the capacity to accept more than 5 rounds; ability to accept a detachable magazine; forward grip; grenade launcher or rocket launcher; or shotgun with a revolving cylinder.

 157 specifically-named firearms (listed at the end of this document).

The legislation excludes the following weapons from the bill:

 Any weapon that is lawfully possessed at the date of the bill’s enactment;

 Any firearm manually operated by a bolt, pump, lever or slide action; 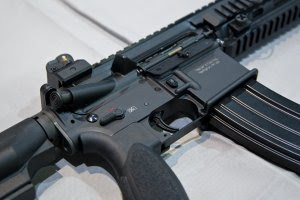 
 The bill excludes 2,258 legitimate hunting and sporting rifles and shotguns by specific make and model.

The legislation strengthens the 1994 Assault Weapons Ban and state bans by:

o The bill also makes the ban harder to evade by eliminating the easy-to-remove bayonet mounts and flash suppressors from the characteristics test.

o So-called “bullet buttons” that allow the rapid replacement of ammunition magazines, frequently used as a workaround to prohibitions on detachable magazines.

o Thumbhole stocks, a type of stock that was created as a workaround to avoid prohibitions on pistol grips.

 Adding a ban on the importation of assault weapons and large-capacity magazines.

 Eliminating the 10-year sunset that allowed the original federal ban to expire.

The legislation addresses the millions of assault weapons and large-capacity magazines currently in existence by:

 Requiring a background check on all sales or transfers of a grandfathered assault weapon.

 Prohibiting the sale or transfer of large-capacity ammunition feeding devices lawfully possessed on the date of enactment of the bill.

 Imposing a safe storage requirement for grandfathered firearms, to keep them away from prohibited persons. 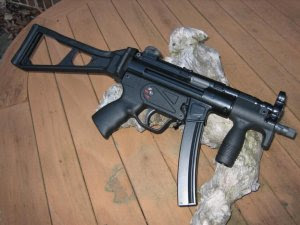 In other words, irrespective of actual utility or functionality, all scary-looking guns are banned.

As for high-cap magazines, a father can't legally give one to his son.

Should this bill pass, the stage is set for gun confiscation. Which is, of course, the Democrats' true goal. If they can obliterate the Second Amendment, disposing of the remaining Bill of Rights is cake.

That Feinstein is one scary looking critter, can we ban her? My dogs are still puking.

Man, what part of "shall not be infringed" don't they understand?
I'd give up my guns if they guaranteed I'd be safe anywhere and everywhere I went. Of course that would require the constant companionship of someone who actually had a gun. Uh, wait a minute... then I'd be a politician, wouldn't I.

Senator Frankeinstein is a lone goldfish in a bowl. I suspect she is not getting enough attention at home. Might I suggest that we pop a lunch bag behind her at every opportunity.

Imagine if all the emotional outcries, justifications, political posturing, regulatory proposals, and Executive Orders foisted by the Progressives on a legal activity were instead advanced by Conservatives against legal abortions (which kill about 100x more children).