THE UTTER BRUTALITY OF THE SEQUESTER: EPA Outlawing Sales of Wood-Burning Stoves by Private Citizens

Because there's nothing to cut, don'tcha know?

Our ever so helpful government has decided that your wood burning stove is now a danger to the world. In another attempt to outlaw the off grid lifestyle, the Environmental Protection Agency (EPA), the same agency that was recently caught using drones to spy on Americans, is now going after home owners who use Wood Burning Stoves to heat their homes. 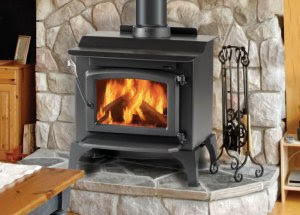 This means that most wood burning stoves would now fall into a class that would deemed unacceptable under these new draconian measures. The EPA has even launched a nifty new website called "burn wise" to try to sway public opinion.

On their site, while trying to convince people to get rid of their old stoves and buy the new EPA-certified stoves, they state that these older stove must be scraped and cannot be resold...

The local air pollution agency says I can’t sell my old wood stove to help pay for an EPA-certified wood stove. Why is that?

Replacing an older stove with a cleaner-burning stove will not improve air quality if the older stove is reused somewhere else. For this reason, wood stove changeout programs usually require older stoves to be destroyed and recycled as scrap metal, or rendered inoperable.

Let’s hope this doesn’t fall under the jurisdiction of the newly created Department of Homeland Security Environmental Justice Units? The next thing you know we might all be getting a knock at the door….. Your Neighbor reported that you might be burning some wood, do you mind if we take a look around?

The federal government bureaucracies are completely out of control. You can't buy light bulbs, or shower heads, or toilet tanks, or automobiles, or baby strollers, or insecticide, or anything else without the unelected fourth branch of government having its say so.

Cutting 80 percent of the non-defense and intelligence bureaucracy would go a long way to healing some of our economic woes in this country.

ooh they'd hate me, I throw lumps of coal into my wood burning stove.

"Do you mind of we come in and take a look around?"

Umm, you have a warrant, right?

weird. just read in my farming newspaper that they are dropping the whole corn for ethanol thing and turning to wood. Someone should alert the EPA then.

This article is right on. The EPA (Economy Poisoning Agency) is a direct threat to your life and liberty. They are Rogue. Enough said.

the hell with them we have been burn wood and coal for hundreds of years, are two bit leader and there buddy should go suck a dick