COBURN SHREDS OPPONENTS OF AN ARTICLE V CONVENTION: We "have a runaway convention right now"

By Convention of States 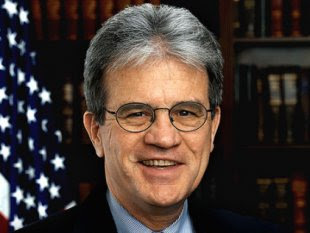 During his time in the House and Senate, Tom Coburn developed a reputation fighting the excesses of Washington. Now retired from public office and back to living in Oklahoma, he has added his powerful voice to a growing movement urging states to force a convention to amend the Constitution in order to rein in the federal government.

"The Congress, the courts, and the president ignore the Constitution we have today and our Founders knew we would eventually get to that point, and they gave us a method… to amend it to keep the federal government limited in its scope and its jurisdiction," Coburn said in an interview with the Washington Examiner.

The method he is referring to is Article V of the U.S. Constitution. School children are taught that the Constitution can be amended by super majorities in both the House and Senate, and ratified by three-fourths of the states. Under the Article V alternative, two-thirds of the states can call a convention to propose amendments.

As conservatives have grown increasingly frustrated with the ability of judges and politicians to limit the power of Washington, the idea of convincing states to exercise this power has gained appeal. A project known as the Convention of the States has gained prominent backers, including talk show host and author Mark Levin and Louisiana Gov. Bobby Jindal.

To accomplish their goal, organizers must get 34 states to pass a petition to the federal government proposing a convention to ratify essentially the same amendment. Currently, Coburn said, four states have passed such a petition, he predicted 15 to 16 would do so in the next year, and then another 10 to 12 would do so in the year after that. "Probably in two to three years we'll have the requirements met by the Constitution for an Article V convention," he said.

The current focus has been on pushing for a balanced budget amendment.

"We're in a crunch right now – and we're the frog in the proverbial slowly boiling water," Coburn said. "We have $160 trillion worth of outstanding liabilities -- $60 trillion more than the entire net worth of every asset in this country. We're already in trouble and you look at what Congress is doing – they're not addressing the big issues that are in front of this country."

He said, "We have career politicians who most of which have never had a real job outside of politics. They always give you an answer that's good for their next election, not the truth. Not reality."

A balanced budget amendment, he said, would force them to make a choice.

The idea of calling a convention has surfaced before, but it's been controversial among some conservatives (among the more prominent one being Phyllis Schlafly) who have spread the idea that such an event could turn into a "runaway convention" that could be hijacked by liberals.

He reiterated that three-fourths of states would have to approve any amendment that came out of the convention.

"Americans aren't that stupid," Coburn said. "And to insult America to say we would have a runaway convention and the states would approve something that would take our essential liberties away to me is pie in the sky, and it doesn't have any chance of to reality of coming close what would happen."

I think a COS is a wonderful idea but the elephant in the room is this. Suppose several Amendments are ratified. Amendments that would in essence take back power the federal government has usurped. Maybe it would be in the form of term limits or a balanced budget, whatever.

Just why in the world do you think that the pols in DC, that have spent their lives amassing that power, are going to say, OK, you win?

When you get right down to it, we have the laws we need. It's called the Constitution and it's being ignored. Why doesn't one of our esteemed pols stand up and fight for the 10th Amendment? What makes you think additional laws will suddenly turn on some light bulbs? They will use the courts and any other thing they can do to nullify anything a COS produces.

Sadly I believe it's going to take TSHTF along with the usual rivers of blood and mass die offs.
MM

Let me understand this correctly. Because our politicians are thrashing the Constitution and refusing to enforce it the solution is to hold a Constitutional Convention that will produce new, reformed measures that these same politicians will not thrash and make a mockery of?


Someone needs help and a brain lube.