ONE ANSWER TO ISLAMIC IMMIGRATION: A Grassroots Effort to Bring Muslims to Christ

The following email arrived this morning from a regular contact, a former Muslim who converted to Christianity and now lives in a Western country. Her adopted country, like virtually every other Western country, has succumbed to the madness of importing thousands upon thousands of Muslim immigrants en masse. She is associated with a church that does outreach to Muslims in the refugee centers. It’s the sort of Christian ministry practiced by Christ Himself.

With her permission, here is the text of her email describing her church’s ongoing mission to the Muslims: 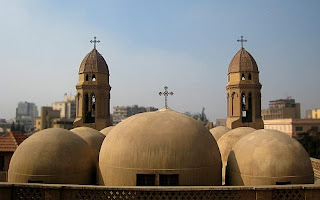 I am preparing a comprehensive course on Islam and each week I am teaching it to a group of volunteers in my church. I am also translating loads of Christian material to my native language. Here I have somewhat succeeded in mobilising my church to reach out to Muslims very actively and bring them to Christ. We have had some success so far.

Our church has succeeded in convincing the authorities to give us access to refugee camps, so we are doing our best to reach out to Muslim immigrants. Of course we have to do it a bit stealthily, because the authorities don’t want us to outright proselytise, but just do charity and help in the camps. But our team is doing both at the moment. We have had great success amongst the women who are so miserable and desperate! They love for us to pray for them, and later on they come to our church and just sit there and listen, and anytime they have problems they come to us and ask for help and prayers to “our God”! They are seeing the difference between the cruel and uncaring Islamic culture and Christianity. Any chance that we get, we tell them about Jesus, and they are very very open to it.

So that is what I have been doing this spring and summer: teaching about Islam to our Christian congregation so that they know what we are dealing with, and then going into refugee camps to bring Muslims to Christ as much as possible. I think that is the best that we can do at the moment and in the current situation. Now that the immigrants are here in their thousands and we have not been able to convince our governments to stop the stream of them coming to the West, then we have to at least do everything in our power to not let them remain Muslims here. I know this is so much like swimming against the current, but with God everything is possible!

By the way, the materials that I am writing to teach to my class on Islam are available on PDF, in case you need to share them in your church or elsewhere. It is not complete yet, since I am writing a new chapter every week. So far we have gone through a few preliminary lessons and gone through the whole history of Islam, from Muhammad himself to ISIS today. I taught my students to see the history in a different way, with understanding the true damaging role of Islam in it which they never learned from conventional history books. In the next lessons we will go through some basic theological notions in Islam and sharia, and then we will learn how to answer common Muslim objections to Christianity effectively.

The political process of stemming the tide of immigration is very slow and difficult. So while we are trying to achieve political changes we would be wise to try to win the immigrants themselves over to the side of light and peace and civilisation as well. I have noticed that when they just have arrived and are in the refugee camps and are in stress and difficulty, showing them the love of Christ and absorbing them into the local Western society is much easier than when they are already cocky and confident and established in their new Western country. When they are established, then they start to feel all too comfortable and try to change things around them according to their own damaged and mutilated taste.

But in the beginning they are vulnerable and open and desperate for help and company, and if the Christians of the host society, instead of just sending them a cheque every month, actually mobilise to assimilate them and absorb them and bring them to civilisation and especially to Christ, which is the source of all civilised value we have in the West, then we the Christians might be able to change the situation, at least to some degree, for the better, until the political stars line up and this madness on the higher levels of our society stops.

And the great thing about this effort is that first of all, it doesn’t depend on the government and is completely grassroots; and secondly it is so loving and kind that nobody can accuse us of being hateful and anti-immigrant. It simply is the right thing to do at the moment.

That was all the news with me and the reason that I am so busy these days. Please take care and keep up the good work.

An African pastor I once met, who witnessed to many Muslims in his home country, would begin spiritual conversations with them this way:

"On a journey, if you came to a very difficult cross-road and you found a grave and a living man, who would you follow?"

This would get laughs from the Muslim, who would answer "Of course the man who is alive!"

The pastor would then ask "Tell me - where is Mohammed now?" They would answer "Mohammed is dead and buried."

"So who should you be following now?"

The pastor claimed these questions lead to eventually many conversions, because they go to the very heart of what matters most to them in such a simple way. We need to get out of our church-ianity.