At least one Democrat has stopped goose-stepping with Barack Obama toward a nuclear Iran. 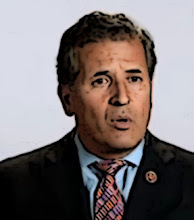 Calling the recently announced Joint Comprehensive Plan for Action (JCPOA) between Iran and the P5+1 powers “historic … for all the wrong reasons,” Rep. Juan Vargas (D – Calif.), who serves on the House Foreign Affairs Committee, wrote that he will vote against the nuclear agreement in an op-ed published Saturday in the San Diego Union-Tribune.

Vargas argued that instead of providing limited sanctions relief and cutting Iran’s “path to a nuclear bomb,” the deal gives Tehran a “rapid payday” of up to $150 billion and “[legitimizes] its path to nuclear-threshold status.” The congressman noted that Iran never explained its past nuclear work to international inspectors and continues defying demands to do so.

Vargas further pointed out that the JCPOA threatens to spark a nuclear arms race in the Middle East by allowing Iran to become a nuclear-threshold state. In addition to failing to stem Iran’s nuclear ambitions, Vargas criticized the deal for failing “to halt Iran’s aggressive imperialism in the Middle East.” He also observed that Hassan Nasrallah, the leader of the terrorist group Hezbollah, praised the deal because it “will also reinforce the position of [Iran’s] allies.”

...Declaring that the vote is “not a partisan issue,” but “an issue of national security,” Vargas urged his Congressional colleagues to oppose the deal.

Conversely, the chairperson of the Democrat National Committee, a Jewish representative named Debbie Wasserman Schultz (whose district is heavily Jewish) just can't seem to make up her mind. It's all so confusing.

Schultz, who is also chair of the Democratic National Committee, told CNN’s Wolf Blitzer she is in the middle of reviewing the Iran nuclear deal and has yet to reach a conclusion on it. Schultz joins other prominent Democrats that are still undecided on the Iran nuclear deal.

“I’m in the middle of really reviewing it and looking at all the moving parts to the Iran deal,” Schultz said. “I’ll reach a conclusion on what I’m going to do with my vote once I feel like I’ve been able to thoroughly review the whole deal.”

I commend Vargas for his guts. Would that we had a hundred patriotic Democrats like him serving in Congress: we'd have an entirely different country, I suspect.

And isn't it curious that Jewish representatives (like Wasserman Schultz and Chuck Schumer) -- who represent significant Jewish voting blocs -- just can't seem to make up their minds on equipping Iran with billions in cash, ballistic missiles and nuclear weapons while refusing to disavow their promises to annihilate the United States and Israel.

While I'm not a Mike Huckabee fan, his faux-controversial remark was spot on. Obama and his sycophants are marching Israel right to the precipice.