MEGYN KELLY EVISCERATES OBAMA’S SILENCE ON KATIE STEINLE: He can’t make it about himself 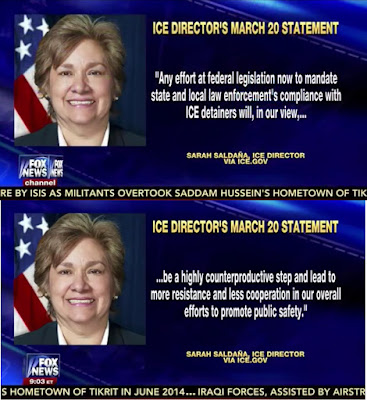 Breaking tonight, the young woman gunned down by an illegal immigrant in San Francisco was just laid to rest, surrounded by friends and family. It does not appear at this hour that anyone from the Obama administration was in attendance. Welcome to The Kelly File, I'm Megyn Kelly. Funeral services were held this evening for 32-year-old Kathryn "Katie" Steinle.

Her loved ones remembering her as an avid traveller who loved connecting with people until her life was cut short a week ago. That's when Kate was shot and killed while in her father's arms. Police say by this man, Francisco Sanchez, an illegal immigrant who had been deported five times from this country and had rapped up a string of felonies while in the U.S.

The San Francisco sheriff had Sanchez in custody as recently as April but released him pursuant to San Francisco's "sanctuary city" policy where they have rules against handing over anyone to the feds who might be deported. This sheriff, himself a convicted criminal, says he stands by the city's policy.

Kate's murder has since exploded into a national debate on illegal immigrants, sanctuary cities and crime. With the White House ducking the issue of its own acquiescence in these cities' decision to flout the federal immigration laws which were duly enacted. When asked repeatedly this week to speak to this case, White House spokesman Josh Earnest declined to weigh in other than to refer folks to the Department of Homeland Security.

A stark contrast to what we saw after Michael Brown was killed in Ferguson. A man we know was attacking a police officer at the time of his death. His funeral saw three Obama officials in attendance, his death drew comments from President Obama personally and his administration also sent in the DOJ and 40 FBI agents dispatched to Missouri after Michael Brown was killed. Where is the swarm of agents in San Francisco?

Then there was Freddie Gray in Baltimore, a repeat drug offender who was killed in police custody. Here again his funeral was attended by three Obama administration officials and again the President spoke personally to Freddie Gray's death. And again sent the DOJ in to investigate. When Trayvon Martin was killed in Florida, the president spoke to his death which was later ruled to be in self-defense. But Katie Steinle, nothing. No comments, no swarm of FBI agents, no DOJ investigation, nothing. Why?

It's obvious, my dear. As Scott Johnson observed, Obama can't make it about himself or use the murder for political advantage. Honestly, he could care less if thousands of Americans are raped, killed, and abused by illegal aliens he released into the general population.

Oh, wait, he already did all of that.

Megyn Kelly is absolutely right to make this an issue, the question is, why is the rest of the media so silent about this woman's tragic death? Sometimes it takes horrible incidents like this to expose the blatant hypocrisy of the liberal left...very sad state of affairs!

Michael Savage has been on this all week. He's based in San Francisco or "San Fransicko." Some of Savage's best stuff, IMHO.