BECAUSE WE’RE NOT BROKE ENOUGH: Obama Poised to Give College Education Grants to Prisoners

I have this queasy feeling in my stomach that upon leaving office, Barack Obama will mass-pardon tens of thousands of federal prisoners. The odious Slate Magazine hinted at this last year (don't click, the site is definitely not sanitized for your protection).

But I just have this strange vibe, which only grows stronger when I read something like this. 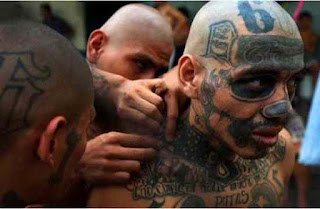 More prisoners may soon have access to federal subsidies to pay for college under a new Obama administration initiative, ending a 20-year ban on Pell grants for state and federal prisoners.

The move could come as soon as this week. Education Secretary Arne Duncan and Attorney General Loretta Lynch are scheduled to visit ... the Maryland Correctional Institution in Jessup on Friday, to make “an important announcement related to federal aid.”

On Monday, Duncan said that restoring Pell eligibility for those potential students is one way his agency hopes to "increase college affordability" [Ed: quotes added for comic effect]...

...The Obama administration has increased total federal aid available to students by more than $50 billion and increased tax benefits and credits by an additional $12 billion, part of a total of about $150 billion a year in grants and loans for higher education...

Fueled by rampant intervention into the student loan business by the government, the costs of college have exploded ("Instapundit" Glenn Reynolds wrote an outstanding book on the topic entitled The Higher Education Bubble, a startlingly ominous description of the problems surrounding a college degree that costs more than many homes).

So let's go further in debt paying for college for felons, when our kids are left high and dry, with outrageous tuition bills and a federal debt that is destined to crush them.

But that's entirely consistent if you use Obamalogic: felons and illegal aliens are more virtuous than your children; and Iran can be trusted with ballistic missiles and nukes while you shouldn't be able to own a handgun.

For years I have been saying this. Think of the millions upon millions we wasted convicting criminals and the victims. Obama doesn't care. That pardon list is gonna take your breath away.