TED CRUZ EXPOSES THE LIES, DISSEMBLING AND DECEIT OF MITCH McCONNELL: Now This is Speaking Truth to Power

Senate Majority Leader Mitch McConnell is the architect of the Republican Establishment's serial campaign of "Failure Theater", which is designed to deceive the party's base. McConnell and company pretend that real action is being taken to defend the Constitution while actually accomplishing nothing or, worse yet, conspiring with the most radical and corrupt administration in modern American history. 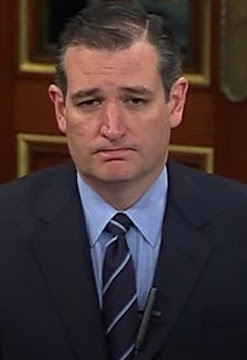 Failure Theater is the process by which the Establishment deliberately fails to do achieve anything, but wants credit from the Dumb Conservatives they’re playing to for allegedly “trying.”

Each of Boehner’s and McConnell’s “defeats” are in fact planned in advance. They are not trying to advance the conservative agenda; they are attempting to con conservatives into believing they have attempted to implement conservative policy, when in fact they were delivering their political deliverables to their Donor Class paymasters all along.

Uneducated, gullible, and easily led: if we stand for this, we are exactly what the Washington Post slurred us as 30 years ago.

Failure Theater has most recently embodied itself in McConnell's bogus attempts to repeal Obamacare; stop the insane deal to fund Iran will hundreds of billions of dollars and let it develop nuclear weapons; and pursue Planned Parenthood's child organ harvesting.

The one man who dares to speak truth to power -- willing to attack both parties for their lies -- is Senator Ted Cruz of Texas. Today he rose to speak in the Senate of Mitch McConnell's devious machinations.

We know now that when the majority leader looks us in the eyes and makes an explicit commitment, that he is willing to say things that he knows are false,” Cruz (Tex.) said. “That has consequences for how this body operates.”

Cruz’s remarks laid bare, in the most august of settings, simmering tensions between the conservative activist wing of the Republican Party and the mainstream GOP establishment. In his 20-minute speech, Cruz accused McConnell (Ky.) of running the Senate in much the same manner as his Democratic predecessor as majority leader, Harry M. Reid (Nev.).

“There is a profound disappointment among the American people because we keep winning elections, and then we keep getting leaders who don’t do anything they promised,” Cruz said. “We’ve had a Republican majority in both houses of Congress now for about six months. . . . This Senate operates exactly the same, the same priorities.”

Cruz was incensed that McConnell had misled members about personally opposing the corporate welfare known as the "Import-Export Bank", claiming he was opposed to it. Instead, he did everything in his power to ensure it was funded, working with Democrats to also pass controversial trade bills for Obama.

Cruz said Friday that McConnell, in a private Republican conference meeting, denied that any deal had been struck to pass the trade bill.

Ted Cruz is a commander of the conservative movement, willing to put everything on the line to do what's right for the American people -- not the Beltway establishment.

This is a man we need to serve as President.

He is the man
MM


Finally, someone with the orbs to tell the truth about the deceit and corruption that many of us have felt and known for years.

If he didn't have a target on his back before, he certainly will now.