Key members of the House Freedom Caucus are demanding that IRS Commissioner John Koskinen be removed from office. In an op-ed written for the Wall Street Journal, Reps. Jim Jordan and Ron DeSantis told President Obama that if the Commissioner is not removed, they will begin the proceedings to impeach him. 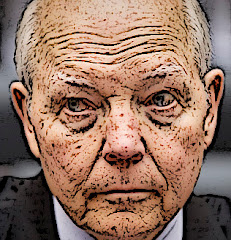 Modern Americans view impeachment with a sort of awe and reverence. To most, it seems like an inconceivably drastic thing to do. But it was not always this way, nor was it the intention of the founders. Impeachment has always been a practical tool for getting rid of bad actors in government and, given the amount of government corruption we see today, a tool that should be used with much greater frequency.

If there is any doubt that Koskinen is a worthy target for impeachment, let’s run down a few of his misdeeds since he assumed the office in 2013.

First, the IRS targeting scandal. In 2013, it emerged that the IRS had been targeting conservative non-profit groups, delaying their applications, demanding ridiculous amounts of paperwork including highly invasive personal questions, and general obstructing conservative grassroots activities. The American Enterprise Institute estimated that this depressed Republican voter turnout in the 2012 elections, and could have even made the difference between Barack Obama winning or losing.

Of course, this was all before Koskinen became commissioner, so what does it have to do with him? Koskinen assumed office in December 2013, during the ongoing investigation into the scandal. Any serious public servant would have done everything possible to clean up the agency and get to the bottom of the wrongdoing. Koskinen instead chose to obstruct. Koskinen responded to subpoenas for emails regarding the scandal with the unbelievable claim that all the emails from the specified time period had suddenly gone missing.

After Lois Lerner, the public face of the targeting scandal,resigned without facing criminal charges, Koskinen seemed to be content, feeling no need to investigate further or cooperate with independent investigations. Worse still, a recent GAO report has revealed that Koskinen failed to implement recommended reforms to keep this sort of thing from happening again.

This callous disregard for the civil liberties of American citizens, and a complete indifference to running a just and transparent agency are alone sufficient cause to call for Koskinen’s impeachment. But wait, there’s more!

Koskinen was also in office when the IRS dropped a proposed rule that would have all but destroyed the ability of non-profits to engage in political activity. Dropping the proposed rule on the day before Thanksgiving, to escape public scrutiny, the IRS wanted to require that all tax exempt groups engage in “social welfare,” an undefined term that meant whatever they wanted it to mean. You can bet it wouldn’t include advocating for lower taxes, less government, and more freedom, though.

This was an outrageous attempt to abridge the freedom of speech of all Americans who disagreed with the president’s agenda. Thankfully, the agency was forced to withdraw the rule after receiving a record number of angry comments.

All these actions reveal John Koskinen as an obstructive, partisan bureaucrat who has abused his office and failed in his responsibilities. He should be removed from office or, failing that, impeached.