Deal rewrites history: Iran committed no violations in the past

So to go back to Congress, I challenge those who are objecting to this agreement, number one, to read the agreement before they comment on it; number two, to explain specifically where it is that they think this agreement does not prevent Iran from getting a nuclear weapon, and why they’re right and people like Ernie Moniz, who is an MIT nuclear physicist and an expert in these issues, is wrong, why the rest of the world is wrong, and then present an alternative. 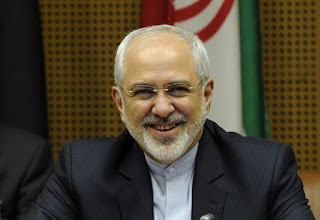 First off it’s worth noting that Energy Secretary and MIT nuclear physicist Ernest Moniz said back in April that to be effective the deal would have to include “anytime, anywhere,” inspections, so Obama’s explanation about why 24 days notice is now good enough fails to convince me.

I want Moniz to explain why he changed his position on this AND why 24 days is now acceptable. I would like Deputy National Security Adviser Ben Rhodes to explain why he walked back his comments on requiring “anytime, anywhere” inspections.

But in that paragraph, Obama limits the grounds of questioning the deal to whether the language of the deal is insufficient to prevent Iran from achieving a nuclear breakout over the course of the deal.

Here’s where I have problem. Even if the agreement was airtight, and I doubt that it is, there’s a matter of the administration’s behavior during the Joint Plan of Action, which was agreed to in November 2013. The problem is that the Obama administration has acted as “Iran’s attorney” covering for Iran’s violations of the previous agreement.

In a notable episode last month, administration officials attacked The New York Times for reporting that Iran would likely fail to reduce its stockpile of enriched uranium by the June 30 deadline. In the end Iran did reduce its stockpile but not by the method prescribed and not to the form that it was required to.

The nonproliferation think tank, the Institute for Science and International Security, earlier this month, explained why the administration’s behavior in this case was troubling:

The reason is not that somehow one form or other of LEU oxide is harder to turn back into hexafluoride form for use in a breakout. This is almost irrelevant to the debate. Unfortunately, these main forms of LEU oxide are straightforward to convert back and use during a breakout. That is a principal reason that in a final deal the United States wants all but 300 kilograms (kg) of Iran’s near 10,000 kg of LEU shipped out of the country or blended down to natural uranium. The United States is now making a very narrow interpretation of this provision in the JPA, and an interpretation that is at odds with its previous positions and common sense. It is also an interpretation that appears to favor Iran and not the United States. Reaching this interpretation seems overly driven by the administration’s fear of Congress. The administration appears to have lost sight of the true adversary in its on-going battle with Congress.

This weakening of interpretations is a bad precedent for the future. This case signals a U.S. willingness to legally reinterpret the deal when Iran cannot do what it said it would do, in order to justify that non-performance. The United States should have said, like we do, that Iran has not met its commitment in the JPA on this issue and fully explained the status of the stocks and what the future remedy will be. It should have used that position as leverage to gain additional concessions from Iran. Experts and Congress may have noted the discrepancy with concern but few would have advocated walking away from the JPA as a result of a frank discussion of this issue last winter or even now. 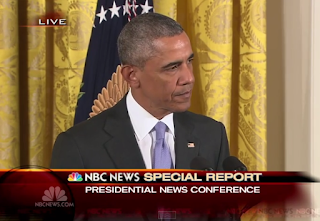 So President Obama made a point of appealing to science or scientific expertise as proof that his deal is solid, but when science said that a previous deal wasn’t being observed, the administration attacked the science!

President Obama insists that the fear of “snapback sanctions” (probably unworkable) will keep Iran from cheating. But if the administration’s past performance is any indication, Iran has nothing to fear. There will be no “snapback’s” if no violation is declared. If the administration papered over Iranian violations to keep negotiations going, what are the chances it will declare Iran in violation now that a new agreement has been reached?

So Obama’s challenge doesn’t work on two levels. The science might not be right and the problems with the deal, the Joint Comprehensive Plan of Action (JCPOA), extend to more than just what’s written in the deal.

But there’s another aspect to the deal that’s disturbing. I will quote a few non-contiguous items from the deal:

has stated that it will treat such a re-introduction or re-imposition of the sanctions specified in Annex II, or such an imposition of new nuclear-related sanctions, as grounds to cease performing its commitments under this JCPOA in whole or in part

Item (18) quoted above means that all of the resolutions involving Iran’s failure to comply with the Nuclear Nonproliferation Treaty (NPT) will be erased. These resolutions were passed because Iran pursued an enrichment program outside of its NPT obligations and failed to account for all of its past nuclear research.

Iran has maintained its enrichment program, and will be allowed to continued it under the terms of the JCPOA. It still has not come clean about its past nuclear work, and for the sanctions relief to take hold, Iran apparently only has to commit to admitting its past nuclear work to the International Atomic Energy Agency (IAEA). The JCPOA, in effect, legalizes Iran’s years of violations and rewards them for limiting their level of violations in the future.

The best analogy I could think of would be a corporation having been found in violation of emission standards for years agreeing to a deal that would absolve them of all fines accumulated over the years, have the violations expunged from government records and allowing the corporation to continue polluting at 50% over the standards instead of 100%.

Item (36) is curious too. I know that Iran’s Foreign Minister started off these negotiations with a presentation calling the crisis over its nuclear program an “unnecessary crisis.”

All along Iran called the sanctions “illegal.” So part of its goal was not just to get the sanctions removed, but to rewrite history so that Iran becomes the aggrieved party. By agreeing to cancel all the relevant Security Council resolutions about Iran’s nuclear program, the P5+1 nations are effectively rewriting history to Iran’s benefit. Worse, the Joint Commission empowers Iran to bring complaints against the other nations involved.

If the IAEA detected a violation and, say, France initiated an action against Iran in the Joint Commission, (another reason “snapback” is a fantasy), what would stop Iran from bringing some arbitrary action against France, and offer to drop it if France drops its action? I’m not a lawyer, maybe this is addressed elsewhere, but based on Iran’s behavior they will take advantage of any opening it is afforded in the deal.

And this brings us to (37) and the end of (26). If the process of finding Iran in violation is completed and an effort is made to reimpose sanctions, what is to stop Iran from saying, “okay we’re leaving the JCPOA.” Obama has said that this negotiation process has kept a rein on Iran’s nuclear development, but doesn’t this mean that an attempt to re-impose sanctions if Iran is found in breach of its obligations could mean that Iran could then legally “cease performing” its JCPOA obligations?

I see that (26) has language about the dispute resolution process, but if Iran loses that process and still maintains that it committed no breach, what’s to stop Iran from saying it was framed? Remember that the JCPOA rewrites history saying that Iran committed no violations in the past, what’s to stop Iran from doing that again,especially when there’s language that seems to preemptively gives them the means to do so?

So yes, Mr. President I have read the deal. Given the combination of your administration’s behavior and what’s written in this document, it is awful.