PASS THE POPCORN, NAHANNI: Federal judge warns State Dept. it will “have to answer for” any missing Hillary emails

Our friends at Judicial Watch have been indefatigable advocates for liberty and the pursuit of the Obama administration's many high crimes and misdemeanors (a list that exhausts one simply to read it).

In any event, using tools like Freedom of Information Act (FOIA) requests, JW has been doggedly seeking answers with respect to Hillary Clinton's secret email server. And, as Inspectors General throughout the massive government bureaucracy have publicly stated, the least transparent administration in history is covering up everything germane to the investigation.

Namely, what exactly did Hillary Clinton promise foreign entities, international corporations, and others who were contributing to her family's foundation under the aegis of her official role as Secretary of State? 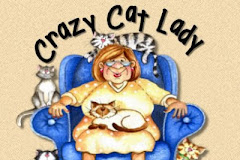 ...a federal judge warned the State Department that it will “have to answer for” any destruction of Hillary Clinton email records. U. S. District Court Judge Rudolph Contreras made the statement at a July 9, 2015 status conference concerning a Judicial Watch Freedom of Information Act lawsuit for records about the State Department vetting of then-Secretary of State Hillary Clinton’s potential conflicts of interest (Judicial Watch, Inc. v. U.S. Department of State (No. 1:15-cv-00688)). The transcript of the July 9 court hearing is available here.

At the hearing, attorney Chris Fedeli pressed Judicial Watch’s concerns about the preservation of records, especially email records that were not part of the 55,000 pages of records turned over by Mrs. Clinton to the State Department late last year.

In response, Judge Contreras said he was also “concerned” about the preservation of these records:

[I]t is to state the obvious that this is not an ordinary case, and everyone should be working to make sure that whatever documents exist today remain in existence.

Judge Contreras also voiced concerns regarding the State Department’s refusal to provide any information about the Clinton email issue:

But I am a little bit mystified that the government is not more forthcoming in just answering questions that will help this case proceed on a systematic basis, and on a basis that will allow everyone to get the answers that will eventually help resolve these cases…

The Court also seemed to reject the Obama administration’s contention that responding to Judicial Watch’s lawsuit in a timely way would derail its compliance with Judge Contreras’s order in another lawsuit (Leopold v. U.S. Department of State, (15-00123)) requiring that the 55,000 pages of Clinton email records be searched and produced under FOIA by January, 2016:

My order in Leopold was based on numbers and percentages. To the extent that documents from that universe are produced in this case, they qualify for the numbers in Leopold, don’t they? So that they’re not mutually exclusive from a resource standpoint, are they?

The Court then said his “inclination is to have a search done of the Clinton e-mail database that’s digitized and searchable for this relatively narrow, in my view, relatively narrow request.”

Judicial Watch has also announced that it has reached an agreement with the State Department regarding production of documents in another Clinton-related lawsuit (Judicial Watch, Inc. v. U.S. Department of State (No. 1:15-cv-00690)).

Documents sought by the lawsuit include:

Any and all records that identify the number and names of all current and former officials, officers, or employees of the U.S. Department of State from January 20, 2009 to the present who used email addresses other than their assigned “state.gov” email addresses to conduct official State Department business.

In a joint status report filed June 29, 2015, Judicial Watch and the State Department reported to the Court that:

The parties have met and conferred, and submit their joint proposed briefing schedule below:

“This one court hearing shows that Hillary Clinton and her co-conspirators in the State Department will have to account for each and every email on Hillary Clinton’s notorious email system,” said Judicial Watch President Tom Fitton.

A separate and ongoing Judicial Watch lawsuit, one of nearly 20 active Judicial Watch lawsuits at which the Clinton email system is at issue, forced the disclosure last year of documents that provided a road map for over 200 conflict-of-interest rulings that led to $48 million for the Clinton Foundation and other Clinton-connected entities during Hillary Clinton’s tenure as secretary of state. Previously disclosed documents in this lawsuit, for example, raise questions about funds Clinton accepted from entities linked to Saudi Arabia, China and Iran, among others. Judicial Watch and The Washington Examiner partnered in the first story to break the Clinton conflicts scandal: “State Department approved 215 Bill Clinton speeches, controversial consulting deal, worth $48m; Hillary Clinton’s Chief of Staff copied on all decisions.”

You can support the vital work of Judicial Watch by clicking here. Even if it's a small amount of money, every buck helps.