— Former secretary of state Hillary Rodham Clinton, interview with CNN, July 7, 2015
Admitting "it's been a while" since it had investigated the various claims surrounding Hillary Clinton's email server, the Washington Post's Glenn Kessler took a few moments to revisit the issue after Granny Catlady's interview with CNN. 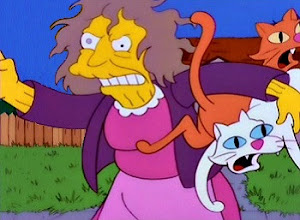 In 2009, just eight months after Clinton became secretary of state, the U.S. Code of federal regulations on handling electronic records was updated: “Agencies that allow employees to send and receive official electronic mail messages using a system not operated by the agency must ensure that Federal records sent or received on such systems are preserved in the appropriate agency record-keeping system.” The responsibility for making and preserving the records is assigned to “the head of each federal agency.”

On top of that, when Clinton was secretary, a cable went out under her signature warning employees to “avoid conducting official Department business from your personal e-mail accounts.”

...[Furthermore,] the Foreign Affairs Manual made it clear that before a senior official (such as a Senate-confirmed presidential appointee) departs government service, he or she must prepare an inventory of personal papers that are proposed for removal. The manual states that “correspondence or e-mail received or sent in an employee’s capacity as a Department official is not personal.”

...With her very careful language, Clinton skirts some of the important issues concerning her private e-mail account. She appears to be arguing her case on narrow, technical grounds, but that’s not the same as actually complying with existing rules as virtually everyone else understood them.

In reality, Clinton’s decision to use a private e-mail system for official business was highly unusual and flouted State Department procedures, even if not expressly prohibited by law at the time [Ed: emphasis mine]. Moreover, while she claims “everything I did was permitted,” she appears to have not complied with the requirement to turn over her business-related e-mails before she left government service. That’s a major misstep that she has not acknowledged.

Kessler said he wavered between giving Clinton two or three "Pinnochios" (a measure of a public official's fabrication) on a scale of one to four. He landed on three, but only because he -- and the Post -- are unofficial public relations arms of the Democrat National Committee.

And federal criminal law describes as felony crimes the actions of a public official who “willfully and unlawfully conceals, removes, mutilates, obliterates, falsifies, or destroys [these records].” Not only is the crime punishable by up to three years in prison, the law also includes the unusual provision that the perpetrator shall "forfeit [their] office and be disqualified from holding any office under the United States."

So I give Kessler six Pinocchios, because he's a hack.