When Bennett asked Ryan about the immigration provisions in his bill– specifically the bill’s expansion of the H-2B visa program–Ryan, without offering any evidence to document his assertion, declared:

There has been so much hyperbole about this one provision pinging around the Internet, but that’s the problem with omnibus appropriations. Big legislation leads to lots of confusion, lots of misinformation. It doesn’t quadruple the program. It doesn’t allow hundreds of thousands of people from Muslim countries into the country.

This is declaration directly contradicts the statements of Senior Senate Appropriations Subcommittee Chairman Sen. Richard Shelby (R-AL) and Senate Judiciary Subcommittee Chairman Sen. Jeff Sessions (R-AL), who issued a joint release declaring that “the omnibus [spending bill] would put the U.S. on a path to approve admission for hundreds of thousands of migrants from a broad range of countries with jihadists movements over the next 12 months, on top of all the other autopilot annual immigration.”

Moreover, in a December 3rd letter to administration officials, Sens. Jeff Sessions and Sen. Ted Cruz (R-TX) explained that Ryan’s omnibus would allow for the permanent resettlement of 170,000 Muslim immigrants in the next year alone, in addition to countless more temporary Muslim migrants. At that time, they wrote:

In passing this legislation, the House has approved funding for the issuance of nearly three hundred thousand visas to migrants from Muslim countries in the next year alone. Ryan’s bill accomplishes this migrant surge by fully funding every U.S. immigration program currently in existence, as well as funding the President’s expansion of the refugee program through Syrian migrant resettlement.

The most recent available data published by the Department of Homeland Security shows that in 2013, around 118,000 migrants from Muslim-majority countries were permanently resettled within the United States on green cards, as well as approximately 40,000 refugees and asylees from Muslim countries. Additionally, according to data from the State Department, in 2013 the U.S. voluntarily admitted approximately 123,000 temporary migrants from Muslim countries as foreign students and foreign workers. On top of those autopilot admissions, which will be funded throughout all of 2016, the House is also funding the President’s plan to add another 10,000 refugees from the Muslim country of Syria. As a result, Ryan’s House-passed omnibus will bring in nearly 300,000 Muslim migrants in the next 12 months alone, including roughly 170,000 who will be permanently resettled within the country. 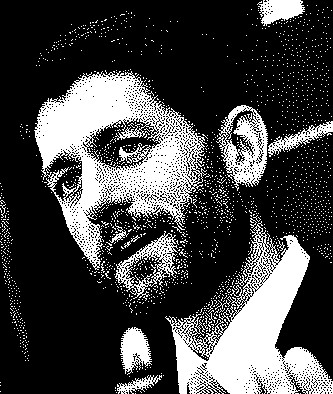 Indeed, Ryan’s omnibus not only fully-funds all visas for Muslim immigrants but funds the President’s announced expansion of Muslim refugee admissions along with dramatically increasing the caps on H-2B visa issuances. By definition, as Sessions, Cruz, and Shelby all tried to warn Congressional Republicans, the omnibus will fund the arrival of hundreds of thousands of migrants from Jihadi regions.

That is because Ryan rejected multiple proposals to reduce visa issuances, while instead increasing them. For instance, Ryan rejected a proposal introduced by Rep. Brian Babin (R-TX) and supported by 74 House lawmakers to restrict President Obama’s funding request for refugee resettlement in the omnibus legislation. Similarly, Ryan thunderously denounced Trump for calling for a temporary ban on Muslim migration, despite the fact that the U.S. has already admitted 1.5 million lifetime permanent migrants from Muslim nations since the September 11th terrorist attacks.

On the illegal immigration side, Ryan’s omnibus funded tax credits for illegal immigrants, as well as the resettlement of illegal immigrants arriving at the borders within the United States. However, Ryan did not fund a requirement to complete the 700 mile double-layer border fence required by the 2006 Secure Fence Act, for which funds were subsequently gutted. Ironically, Ryan has built a border fence around his own mansion.

Paul Ryan has been criticized in the past for not being straightforward in his factual presentations of his legislation. For instance, during his effort to grant President Obama fast-track trade authority, Paul Ryan declared that lawmakers’ warnings that the Trans-Pacific Partnership contained provisions related to immigration were “absolutely not true” and were simply “the latest urban legend.” However, Ryan’s assertion was later proven false following the release of the text of the TPP. As Breitbart News has reported, “In Chapter 12 of the TPP titled ‘Temporary Entry for Business Persons,’ the word ‘immigration’ is mentioned nearly 10 times. Furthermore, both Chapter 12 and Chapter 10 in the TPP deal with immigration law – specifically foreign workers entering the United States.” NumbersUSA Director of Government Relations, Rosemary Jenks, has explained, “TPP impacts immigration in a massive way,” specifically “by increasing the number of L1 visas and the number of tourist visas, which can be used for business purposes.”

As Sen. Sessions said after the text of the omnibus was unveiled, “The voters put Republicans in a majority in the 2014 midterm elections — a vote which constituted a clear decision to reject the abuse of our immigration system. That loyalty has been repaid with betrayal… There is a reason that GOP voters are in open rebellion. They have come to believe that their party’s elites are not only uninterested in defending their interests but – as with this legislation [i.e. the omnibus spending bill], and fast-tracking the President’s international trade pact – openly hostile to them. This legislation represents a further disenfranchisement of the American voter.”

Ya, it doesn't open the flood gates like in Europe, or that's why the lyin' sonofabitch grew a muslim beard, and shoved this device of the caliphate right up our arses, when every Christian traditional thinking person who has a voice was against it, or creating this act of cultural marxist treason in a lame duck year before the 2016 elections. Funny how it all seems to work.

And there is ocean front property in Arizona for sale too.

So what's the problem? Is 'weepy junior' whining because we are finding out that his sellout is even worse than we initially thought?

This vile fascist must be stopped. It won't be enough to replace him in WI-1st congressional. The asshole's political career must be ended. He'll just come back as a scumbag lobbyist. Stop this cretin now.

Ryan is a RINO progessive POS. Don't waste energy on him.

Will someone please primary this POS.

HTF is Trump going to work with Congress when you have McConnell and Ryan in leadership? When he proposes to stop moslim immigration and send back the "syrian refugees" and these 2 oppose it, what's going to go down?

Well for one, the true nature of there Uniparty will be exposed for all to see.
MM