We already knew that over 100 million firearms have been sold during the Obama presidency. Now, ia Gun Free Zone we get the latest data dump on federal firearm background checks, and the results are just as you could have predicted:

That means guns sold could arm all Federal, State and Local LEOs (704,672 according to the Bureau of Justice Statistics and Criminal Justice Information Services Division) four times and still have some guns to spare. 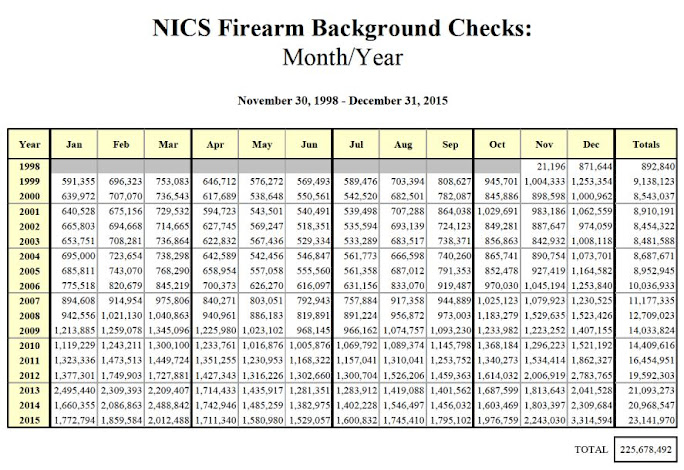 But we are an unimportant minority on this country according to the Opposition and the Anti Gun politicians in Washington and other places where roaches congregate.

In all seriousness, the NRA should hold an award ceremony for Barack Obama and honor the Prezident for touching off the greatest gun sales bonanza in world history.