AN OPEN LETTER TO TED CRUZ: It's Obama, Stupid 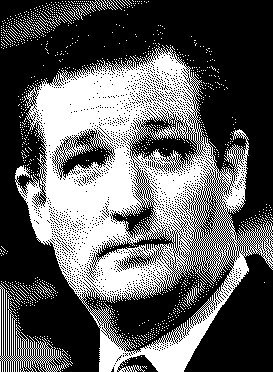 Whatever your strategy has been up until now, your problem is conventional political wisdom, which is always conventional but too often unwise. The reflexive response advocated by your "campaign professionals" to tilt at every canard that's aimed at you is worse than a waste of time, it's falling into the trap they have set for you. Unfortunately, the way things work nowadays, every public riposte only sells your competitors' product. Frankly, that’s a hack PR approach to politics.

Just look at the results of yesterday's South Carolina primary. The "establishment" has found their stalking horse - destroyer of hopes and ambitions - and Rubio is going to be breathing down your neck until the nominating convention.

Senator, this is the moment to turn your ship around and head to calmer waters and more productive fishing grounds.

Our nation and our world has suffered under almost 8 years of Obama's oppressive regime. If there's anything approaching a common denominator among Americans, it's that Obama has been a catastrophic failure - and anyone who doesn’t agree will never vote for you under any circumstances.

It's time you built your campaign around the simple idea that you are the only candidate in the race with the principles, political skills and intellectual depth to retrace Obama's steps, roll back his damage, put the genie back in the bottle and get America back on track again.

Senator, you need to reposition yourself. The hour is late, but not too late to snatch victory from the jaws of defeat. Please start today.

Much too late-we've seen this leopard's spots.
MM

CRUZ is the best candidate for our next President. Everyone needs to read Dr. Paul Rahe's article posted on Ricochet last Sunday entitled "Scalia's Passing: A Reminder of the Stakes." In this article, Rahe says "...the question whether we will retain even a hint of a constitutional government lies in the hands of the next President."

"If Scalia is replaced by someone nominated by Obama, Clinton, Sanders, or Trump, you can kiss the last vestiges of the Constitution away."

"Think about the situation we are in. The Republicans won by a landslide in 2010 and again in 2014. But elections -- to the legislature --no longer matter. The executive agencies,battered by the President, will issue regulations that have the force of legislation; and unless they are struck down by the courts and ultimately the Supreme Court, the whim of the President will be the law of the land."

We have more Republicans in Congress than we've had since 1928 to no avail. "They are too timid to exercise the power of the purse. Legislative supremacy has in effect been abandoned. What we have borders on a dictatorship of the executive; and, in that the Republicans have aquiesced."

"Forget immigration. Forget tax plans. Forget Obamacare. Forget ISIS...the only question that will matter ten years from now is whether we will be ruled under the Constitution by law or without a constitution by executive fiat, and I would submit that neither of the surviving Democratic candidates nor the leader in the Republican race can be trusted in this regard."

Dr. Rahe's comments are so on the mark. Trump has been running for President for months and I'm still waiting for him to mention the Constitution once.

So The Constitution is critical to our survival? How about admitting Ted Cruz and Marco Rubio do not carry natural born citizenship -- they were not born of citizen parentS (plural) under the jurisdiction of the U.S. and lacking any loyalty to a foreign government such as Communist Cuba.

Rubio is an anchor baby. Cruz, well, we're not even certain he is a citizen as he has sealed his records Obama-style, but prior to that his mother appeared on the voter rolls in Canada, and he has provided no documents to prove otherwise. We know his father was not a naturalized U.S. citizen until a decade ago, well after Ted Cruz was born.

How about these two 'fess up to the fact that they would be breaking The Constitution's specific qualifications for eligibility, a description not included for Congressmen or Supreme Court justices. The Founders obviously felt it important that the Commander-in-Chief have no loyalty to or be under the jurisdiction of a foreign government which, after the last seven-plus years of an anti-American president who holds great disdain for our founding documents, appears more pertinent than ever.