One topic of conversation in the Republican race for the White House has been whether President Obama has been incompetent, or actually knows what he’s doing. On the matter of Obama’s Patient Protection and Affordable Care Act, commonly known as the Affordable Care Act (ACA) and Obamacare, self-declared socialist Professor Gerald Friedman seems to agree with conservatives that it can’t and won’t work. Friedman, a supporter of Senator Bernie Sanders’ (I-VT) “Medicare for All” single-payer plan, says that Obama and his advisers knew that the ACA was a “bad idea” that would not control costs, and that a total federal takeover of the health care system was inevitable.

The problem with a federal takeover of health care is that it would bankrupt the U.S., leading to left-wing demands for even more federal control. This is how socialism is coming to America. 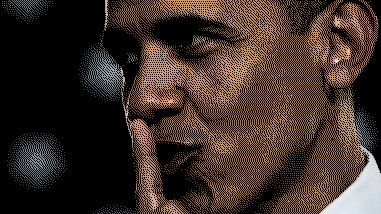 More than two years ago, in an article entitled, “A Century and Counting: The Campaign for National Health Insurance,” Friedman wrote, “After a century of struggle, the ACA commits the United States to providing universal access to health care. This is a great achievement, one to be treasured and nurtured. Now the real fight begins, to turn this commitment into a reality that the ACA itself cannot produce. Barack Obama was right the first time: only a single-payer program can provide universal coverage, and only a single-payer program can control costs. The ACA may be the last bad idea that Americans try; after it fails, we will finally do the right thing: single-payer health insurance.”

I asked Friedman, a member of the Democratic Socialists of America (DSA), if he thinks Obama knew that the ACA wouldn’t work when he proposed it as President. He said, “It depends on what you mean by work, I suppose.” He added, “I’m sure that Obama knew—and economists around him knew—that this program, the Affordable Care Act, would not control costs.”

Obama said his plan would cover every American and cut the cost of a typical family’s premium by up to $2,500 a year. Since then, health premiums have climbed an average of $4,865 for family plans.

Trudy Lieberman, past president of the Association of Health Care Journalists and an adjunct professor of public health at the CUNY School of Public Health, says that while Obama is still telling Americans that the ACA provides “affordable, portable security for you and your loved ones,” the news coming from Ohio and Colorado is telling a different story: “one of less security and unaffordable insurance.” Lieberman, a contributor to the Remaking Health Care blog of the Center for Health Journalism at the USC Annenberg School of Journalism, saysthat in Colorado, for example, premiums “always on the high side, are now out-of-reach.” She notes, “Health insurance premiums are as high as mortgage payments, sometimes exceeding $2,000 a month.”

Dr. Tracy C. Miller, an associate professor of economics at Grove City College and fellow for economic theory and policy with The Center for Vision & Values, had predicted this kind of outcome. Among other problems, he wrote, “Premiums will rise to reflect the higher health care costs of those who purchase insurance, making insurance too costly for people with good health who do not qualify for government subsidies.” He added that rising costs could be addressed through government-imposed rationing. However, he said, “Expanding access to health care without cost control will further hasten the bankruptcy of the U.S. government. If that happens, fewer people will have access to health care than was the case even before Congress passed the ACA. If the ACA’s provisions to expand access to health care survive, don’t be surprised if the U.S. government eventually faces a sovereign debt crisis similar to what Greece is now facing.”

Democratic Senate Minority Leader Harry Reid (NV) was in on the deception. Hetold the Las Vegas PBS program, Nevada Week in Review, that the ACA was “a step” toward a single-payer system. “Reid said he thinks the country has to ‘work our way past’ insurance-based health care,” the Las Vegas Sun reported. “What we’ve done with Obamacare,” Reid said, “is have a step in the right direction, but we’re far from having something that’s going to work forever.”

The costs will keep rising, especially under the single-payer plan. The Committee for a Responsible Federal Budget says that Sanders’ proposed offsets to pay for his $14 trillion program “would cover only three-quarters of his claimed cost, leaving a $3 trillion shortfall over ten years.”

Sanders calls his single-payer plan “Medicare for All,” arguing that Medicare “has succeeded in providing near-universal coverage to Americans over the age of 65.” Dr. Jane Orient, Executive Director of the Association of American Physicians and Surgeons, counters, “What will Sanders do about the more-than-$40 trillion in promises Medicare has already made without provision for the revenue to pay for them?” Referring to Sanders’ single-payer plan, she added, “What does he imagine will happen when he adds on the demands of the entire rest of the population, and removes any brakes on utilization like co-pays and deductibles?”

Friedman, a professor of economics at the University of Massachusetts, Amherst, told me that Sanders has not offered full-blown socialist proposals, only “New Deal liberalism.”

But the DSA, which endorses Sanders, goes far beyond “New Deal liberalism” and the nationalization of the health insurance industry. DSA National Political Committee member David Green has written, “Our goal as socialists is to abolish private ownership of the means of production.”

This is a complete socialist takeover. By accident or design? We report, you decide.

It's the Democrats who have worked tirelessly for a Dynasty in America and they are on the cusp of success. Their call to "let's get naked" means they watch while we strip and give them our stuff, but they walk away better dressed than before.

We the American people are obligated to leave the same freedoms for our children as our parents made sure that left for us. Therefore, I have vowed to fight Obamacare and any single-payer healthcare system the Dems develop to replace it until the day I die.

I will never forgive the Dems for all of the lies they told Americans to pass Obamacare -- these include: Obamacare will lower costs; it will cut the deficit, it will be crafted in the open on C-SPAN; it will cover everyone; it is Constitutional; it will be online 5 days before being signed; if you like your healthcare plan, you can keep your plan; you can keep your doctor; there will be no tax increases for anyone earning less than $250,000 a year; it will not cover abortions; illegals will not be covered; the mandate is not a tax; it will be bi-partisan; it will create millions of jobs; it will reduce the Emergency Room crowding; etc., etc., etc. These were all shameful lies -- as Dr. Jonathan Gruber, one of the principal White House's Obamacare framers said in his many videos which surfaced in the fall of 2014, the Dems could not have passed it without taking advantage of --in Dr. Gruber's own words-- the "stupidity of the American people" and the "American people's lack of knowledge of basic economics."

As for the SINGLE PAYER SYSTEM, we need to remind all the young Americans that our government has been operating its single payer system on the INDIAN RESERVATIONS ACROSS THE USA as well as THE VETERAN HOSPITALS ACROSS THE USA. Both of those systems are known for the terrible service they provide -- the recent scheduling disasters which led to the death of so many of our veterans is a perfect example of the healthcare provided in in England.

I don't believe that ObamaCare was pushed in order to hasten the country's bankruptcy. The Federal Reserve's creation of near-infinite amounts of money out of thin air is going in that direction at warp speed. Instead, I think that those who proposed, advanced, and supported ObamaCare have simply been telling economic lies to themselves. After all, socialists believer with all their being that society will be better off in every important way when we each are forced by government to live at the expense of everyone else.

Despite the fact that economists like F.A. Hayek and Ludwig von Mises proved long ago that the more socialist an economy was the less sustainable it was, socialists scold the rest of us about "sustainability" and work vigorously to impose socialism on the rest of us.

At its core, socialism is the economic projection of liberalism, that is it is the preference for lies. It is a mindset that lives a lie and projects a society based on lies. The first lie is that there is no truth, no matter how much economic truth must be denied and suppressed.