Some people in the United States have already filed their 2015 income tax returns — not because they are super-law-abiding, but because they want to get a check from Uncle Sam in the mail. Some savvy illegal aliens, since they can get substantial tax breaks, will have filed by now.

The first day that IRS accepted returns was January 19 this year — the deadline is two and a half months away, the usual April 15.

This year there is yet another tax break for illegals in the tax system. Unlike citizen and green card workers who are not participating in Obamacare or another qualifying plan, who will be paying a penalty of up to $695 per adult (with a family limit of $2,085) for not joining the system, illegals without coverage pay no penalties. None at all.

That is also true for the semi-illegals covered (for the moment) by the DACA (Deferred Action for Childhood Arrivals) program. (On the other hand, these illegals and semi-illegals cannot — legitimately — be covered by the insurance, though some must be beating that system.) 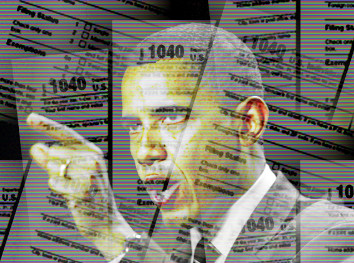 But the big attraction for filing early is not the new Obamacare tax break, which simply reduces the amount owed, it is the Old Faithful of tax breaks that illegal aliens can access: the Additional Child Tax Credit (ACTC). Illegals filing their income taxes can claim the ACTC if they have (or claim to have) children in the United States. This tax credit, unlike virtually all others, can result in a negative income tax payment. That means that no taxes will be collected from the individual, but he or she will get a check in the mail for all taxes withheld plus a bonus for the credit, as my colleague Jim Edwards has reported in the past.

The ACTC is well worth filing for; it can be as high as $1,000 per child claimed and proving the existence of a child is all too easy, with an ID number issued all too casually by the IRS, as we reported a couple of years ago. This is now called the TIN (tax identification number) and, in the immediate past at least, it was issued in such a sloppy way that the process was roundly criticized by the inspector general of taxation for the Department of the Treasury.

There are at least three kinds of children that an illegal can claim for the ACTC: actual citizen kids living in this country; actual children living abroad, but claimed to be living in the United States; and, at the bottom of the ladder, nonexistent children. The IRS has created a system that makes it very hard to distinguish between these three classes.

A somewhat similar tax program, the Earned Income Tax Credit, requires a Social Security number for the claimed children, and thus is a bit harder for illegals to misuse.