SCORCHED EARTH FOR A GENERATION: President Hillary and the End of the Second Amendment

That headline on the Daily Beast website succinctly lays out the devastating threat to our liberty that defines the coming November elections—demanding that we as NRA members mobilize as never before.

You can bet that a Hillary Clinton Supreme Court will make sure to carry out her threat to “take back the Second Amendment” and that the protections of the First Amendment on free assembly and free speech—as exercised to perfection by NRA members—will be erased.

That entire progressive agenda is in danger if they “don’t get a lock on the White House and pack the bench for a generation.”

“If Hillary is elected and serves two terms,” the Daily Beast predicts, “the odds are strong that today’s 5-4 conservative majority … will be, by the time she left office in 2025, changed to a liberal one.” 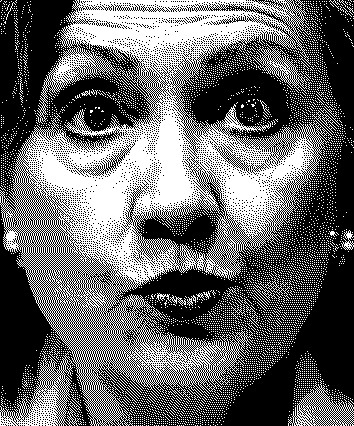 Five to four. That was the one-justice margin that twice recognized the Second Amendment as an individual right: first in 2008 with Heller, which struck down the District of Columbia’s handgun ban and its prohibition of armed self-defense in the home; then in 2010 with McDonald, which found Chicago’s similar ban unconstitutional and thus applied the protections of the individual right to keep and bear arms nationwide.

Five to four. That was the split on the court that also struck down an all-out attack on the First Amendment—declaring unconstitutional a Federal Election Commission action to punish the exercise of political free speech in Citizens United, which involved creation and dissemination of a film documenting the politics of Hillary Clinton.

The makeup of the U.S. Supreme Court in the coming short years will determine whether our nation remains free, or whether the rights of individual Americans will be crushed under a rubber-stamp high court.

If Hillary Clinton takes the White House and the pro-gun Senate majority is lost, then everything we hold dear as free Americans—our freedom defined by the Founders’ words, “Life, Liberty and the Pursuit of Happiness”—will be under threat of eradication.

It takes no imagination to see what will happen to the Second Amendment if Hillary or her shadow rival, socialist Bernie Sanders, can “pack” the federal courts.

Look no further than a recent disastrous decision by the U.S. 7th Circuit Court of Appeals in Illinois, which upheld a Highland Park, Ill., ordinance criminalizing possession of semi-automatic rifles that have been deemed “assault weapons” and magazines holding more than 10 rounds owned by law-abiding city residents.

The circuit decision, split two to one, concluded that the confiscatory ban provided a “substantial benefit” to “increase the public’s sense of safety.”

That is insane. It surely didn’t increase the safety of the homeowners disarmed under this law. Those residents have every reason to fear—not just armed criminal predators whose possession of firearms is already a crime, but also a government that would disarm them for nothing more than the perception of making other people feel safe.

For certain, this gun-ban law gives one group a very real sense of safety—armed and violent criminal predators.

The lower court and the appeals court rested their decisions on the false claim that semi-automatic rifles are not in common usage and thus are not protected by the Second Amendment.

That bizarre decision remains in effect for the states in that Circuit.

When the U.S. Supreme Court refused to hear an appeal in that case, in a very rare and unusual protest, Justice Clarence Thomas, joined by Justice Antonin Scalia, filed public opposition to the Court’s denial.

The justices wrote: “If a broad ban on firearms can be upheld based on conjecture that the public might feel safer (while being no safer at all), then the Second Amendment guarantees nothing.”

Thomas wrote that such banned rifles as the AR-15 are indeed in common usage by citizens and are covered by the Second Amendment. “An overwhelming majority of citizens who own and use such rifles do so for lawful purposes. … Under our precedents, that is all that is needed for citizens to have a right under the Second Amendment to keep such weapons.”

Even more remarkable about this rare public dissent on the court’s denial of cert, Scalia and Thomas in June 2015 also publicly protested an earlier high court denial of a Second Amendment-based appeal—this one of a San Francisco ordinance that required handguns that are kept in the home to be readily inaccessible—the very issue that was at the heart of the Heller decision finding a Washington, D.C., ban unconstitutional.

This gets us back to a Hillary-packed Supreme Court. It indeed would hear an appeal of a Second Amendment case like City of Highland Park, and it would most certainly agree with the lower court that a confiscatory ban would fit nicely with what the new majority would find as the “common-sense” erosion of American liberty.

A Hillary court would uphold all of the constitutional abuses begun in President Barack Obama’s regime. Imagine what would happen in a “packed” court to a challenge to Obama’s latest ongoing abuse of executive power, like criminalizing private firearm sales by requiring individuals to obtain a dealer’s license for transfer of even one gun.

With the Supreme Court and the lower federal courts in play, these elections are indeed the tipping point for freedom—not just in our lifetime, but in the history of our remarkable republic. The NRA is the heart and soul of all that is good in our nation—and, as in the past, our leadership is the key to preserving liberty for all Americans.

Between now and the weeks leading up to these pivotal elections, we must organize and we must swell our ranks. We are 5 million strong, and along with our families, friends, colleagues and co-workers, we can reach other voters with the plain truth about what is at stake.

And an important truth is that given the power of the Supreme Court and lower federal courts over our liberty, we must stop Hillary’s bid for the White House. We must elect a president who will fill court vacancies with men and women of principle who are dedicated to liberty and to the U.S. Constitution which guarantees that freedom to all Americans.

I don't make this following statement lightly. If Hillary Clinton is elected and carries forth with her stances on the 1st and 2nd Amendments, every conservative, every patriot, knows in his or her soul it would be time for open civil war.