A Plague of Liars

Another keeper by summer intern @BiffSpackle: 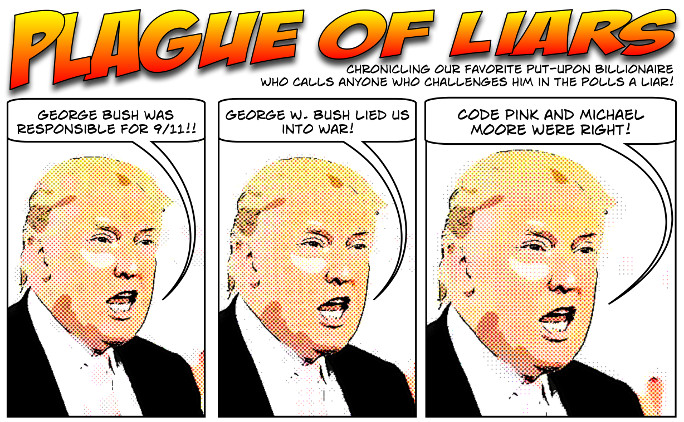 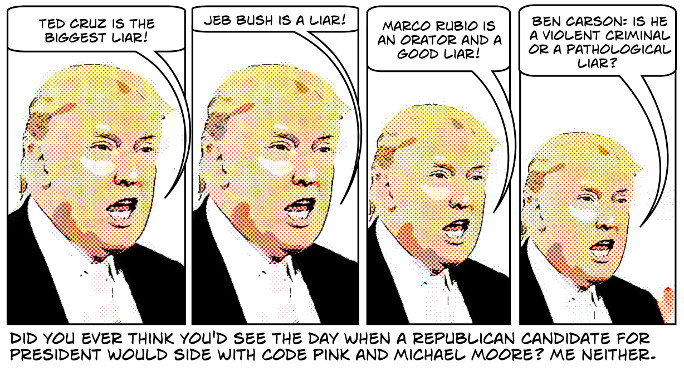 Donald Trump is not a conservative, he's not even a Republican, but he is a childish buffoon who loses control of his emotions and lashes out at anyone who criticizes him. We don't need another childish Potus.

Trump is thin-skinned, narcissistic, and erratic - not to mention a consummate liar.