Cruz Once Again Proves Himself Presidential 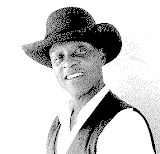 As the New Hampshire primary fast approaches, I wish to remind voters that our next Commander-in-Chief must be of the highest character; cut from the rare cloth of our founders.

Sometimes God gives us great gifts in unassuming packages. Recent attacks on Ted Cruz from both the Trump and Dr Carson campaigns gifted Cruz an opportunity to show his character and presidential instincts. Cruz was hit from all sides when a staffer used a CNN report that Dr Carson might leave the race.

Cruz did not pull a Hillary, claiming ignorance while throwing the staffer under the bus. 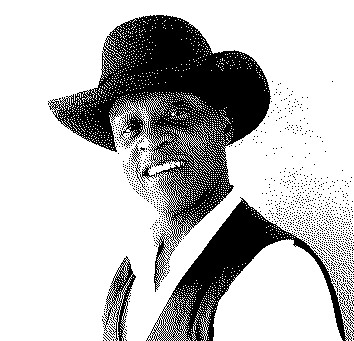 Lloyd Marcus
The MSM views GOP apologies as blood-in-the-water, igniting a feeding frenzy of attempts to destroy the apologetic GOP politician. But Cruz walked tall, providing a window into how the man will respond in tough times in the White House.

In the thick of the campaign battle, desire and desperation to win can cause candidates to lose themselves; saying and doing things out of character. Pressure and deep desire also has a way of exposing who one really is inside. Unlike a few of his contenders, Cruz has remained true to who he is, refraining from grabbing onto trivial non-issues to slime his opponents.

Mary, my beautiful and awesome wife of over 30 years is my second. My first wife and I married at ages 19 and 21. Before we divorced, we sought marriage counseling. Unfortunately, my young bride and I had crossed a line. We said cutting painful things to each other that we could not “un-hear” -- could not take back.

I caution our GOP presidential wannabes not to take their rhetoric too far. Do not start sounding like Democrats in your attacks on fellow GOP contenders. The stakes are far too high. The heart and soul of America as envisioned by our founding fathers is at risk.

After the nomination process, we must all come together. We have a general election to win and a country to save. With level-headedness, wisdom and character, I believe Ted Cruz is that person.

No, Cruz resorted to his usual weaseling and hedging regarding the truth.

IF Cruz had NO part in the "Carson is quitting" scandal, and had later found out, he - as ANY "true, principled Conservative" - would have FIRED the sorry #§$es responsible, whether campaign manager or overzealous field people…BUT NOOOO!!! CRUZ DEFENDED them and LIED up to and including at the debate.

It’s PURE Dick Nixon.
The coverup is worse than the crime.

Nice to see the hyper partisan trolls infesting the comment section on your site Doug. They're scared of your thoughts.
Obamunist filth sitting in dark rooms attacking Cruz, and all republicans, in rotation, play from their Soros/Brock/Blumenthal script poisoning dialogue and encouraging hate as only "progressives" can. It is but one element of their "fundamental transformation" of the country.

Exactly, Trialdog.
The Trumpites are well-versed in Alinsky tactics.