The head of U.S. intelligence has confirmed that North Korea restarted its plutonium nuclear reactor Tuesday, giving the reclusive country the ability to create nuclear stockpiles within weeks.

U.S. Director of National Intelligence James Clapper affirmed a claim by North Korea’s Atomic Energy Institute that it had restarted a plutonium reactor at a facility in Yongbyon, a city between the Chinese border and the North Korean capital Pyongyang. The Yongbyon facility was shut down in 2007, though there was speculation in April 2015 that the site had begun to resume operations.

“We assess that North Korea has followed through on its announcement by expanding its Yongbyon enrichment facility and restarting the plutonium production reactor,” said Clapper to the Senate Armed Services Committee. 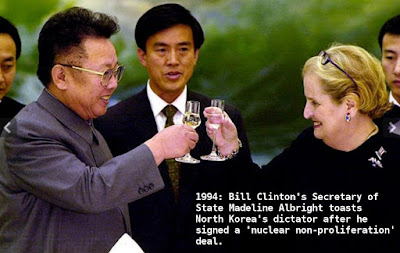 “We further assess that North Korea has been operating the reactor long enough so that it could begin to recover plutonium from the reactor’s spent fuel within a matter of weeks to months,” he continued.

Clapper’s comments follow a September 2015 claim from North Korea’s state-run KCNA news agency that the Yongbyon facility was fully operational. As North Korea’s primary nuclear facility, the spent fuel from the reactor could allow North Korea to develop one nuclear bomb a year.

The announcement follows North Korea’s launch of a new rocket over the weekend, which was later condemned by the U.N. and drew the ire of neighboring South Korea. The launch comes after North Korea’s fourth nuclear test, conducted in January of this year.

There has been speculation that South Korean officials have tried to obtain a nuclear weapon of their own in response to North Korea’s provocations, hinting towards a possible arms race in the region.