Earlier this week, I wrote about Hillary Clinton’s interactions with Sid Blumenthal and her troubling praise of his son, Max Blumenthal’s anti-Israel agenda. Mr. Blumenthal, one of her most trusted advisers, sent her dozens of anti-Israel articles, ideas and advice during her time as Secretary of State. But the stream of anti-Israel advice received by Ms. Clinton was much more comprehensive. Now, we see emails between Ms. Clinton and other advisors and the results are equally appalling.

In the entire forced dump of her emails, you will be hard-pressed to find a single note that is sympathetic toward the Jewish state from any of the people she trusted. The negative, poisonous approach Ms. Clinton established demonstrates that a huge segment of her close advisers and confidants were attacking Israel, condemning Netanyahu, and strategizing how to force Israel to withdraw from Judea and Samaria at all costs. 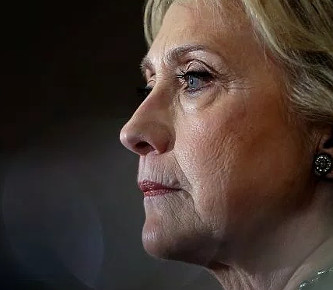 This was occurring in the backdrop of Israel’s recent Gaza withdrawal, which led to the takeover of the Strip by Hamas. There is almost zero mention of the huge risks to Israel’s security in withdrawing, as Ms. Clinton and the Obama Administration did everything they could to pressure Israel to capitulate to their demands.

Take a look at a sampling of the advice sent to Ms. Clinton from her many advisers, to which we have now become privy.

‘There would also be a certain shaming effect re Israelis, who would be building settlements in the face of a pledge for peace.’

Sandy Berger was Ms. Clinton’s foreign policy adviser during her 2008 presidential campaign, and had some choice advice in September 2010 when he sent Ms. Clinton ideas on how to pressure Israel to make concessions for peace. Mr. Berger acknowledged “how fragile is Abbas’s political position,” and how “Palestinians are in disarray,” and “Failure is a real possibility.” Mr. Berger was well aware, and informed Ms. Clinton, of the very real possibility that Israel would be placing its national security at grave risk in a deal that would very likely fail and lead to a Hamas takeover. But Mr. Berger felt the risks to Israeli lives were worth it. He advised making Netanyahu feel “uneasy about incurring our displeasure.”

Mr. Berger emphasized the need “to convince the prime minister—through various forms of overt persuasion and implicit pressure—to make the necessary compromises” and talked of the “possibility—to turn his position against him.”

Astoundingly, Mr. Berger seemed to accuse the Jews in America of racism toward Obama. “At a political level, the past year has clearly demonstrated the degree to which the U.S. has been hamstrung by its low ratings in Israel and among important segments of the domestic Jewish constituency,” he writes. “Domestically, he faces a reservoir of skepticism on this issue which reflects many factors, including inexcusable prejudice.”

Anne Marie Slaughter was Ms. Clinton’s director of policy planning from 2009 to 2011. She wrote Ms. Clinton in September 2010, devising a scheme to encourage wealthy philanthropists to pledge millions to the Palestinians (which no doubt would have been embezzled by Abbas and his cronies as were other funds).

Mr. Pickering felt this extreme risk was worth taking, even if it meant violence breaking out across the West Bank, leading to a third intifada and the murder of countless Jews.

Ms. Slaughter writes, “This may be a crazy idea… Suppose we launched a ‘Pledge for Palestine’ campaign… Such a campaign among billionaires/multi-millionaires around the world would reflect a strong vote of confidence in the building of a Palestinian state.”

She adds, “There would also be a certain shaming effect re Israelis, who would be building settlements in the face of a pledge for peace.”

Ms. Clinton responded: “I am very interested-pls flesh out. Thx.”

Robert Russo, one of Ms. Clinton’s aides and currently her campaign’s ‘Director of Correspondence and Briefings’ sent an email in April 2012 informing Ms. Clinton of Netanyahu’s father passing, advising her to give him a condolence call. Included with Mr. Russo’s email is an extremely biased article attacking both Netanyahu and his father—describing them as virulently racist warmongers, and calling the elder Netanyahu “a behind-the-scenes adviser to his son, the most powerful person in Israel.”

The article notes, “Prime Minister Benjamin Netanyahu repeatedly denied that his father was a one-dimensional ideologue. He further emphasized that he himself was a different person from his father.” But then it goes on to say, without providing any proof whatsoever, “Israelis seemed in the dark about the extent of paternal influence on their leader,” and “to understand Bibi, you have to understand the father.”

One might be forgiven if they were to question the sympathy and sincerity when Ms. Clinton later placed the call and gave Netanyahu her condolences.

Thomas Pickering, former U.S. Ambassador to Israel wrote Ms. Clinton on December 18, 2011, suggesting a secret plan to stir up major Palestinian protests in an attempt to force the Israeli government into peace negotiations. He stated that the protests “must be all and only women. Why? On the Palestinian side the male culture is to use force.”

Mr. Pickering’s goal was to ignite protests that would engulf the West Bank, “just like Tahrir square.” He adds that the Palestinian “leadership has shied away from this idea because they can’t control it,” and they are “afraid of being replaced.”

This idiotic reasoning that somehow only women would participate and things would stay peaceful is obviously absurd. As Mr. Pickering himself notes, “Palestinian men will not for long patiently demonstrate—they will be inclined over time and much too soon to be frustrated and use force. Their male culture comes close to requiring it.” Regardless, Mr. Pickering writes that the protests could be used against Israel “to influence the political leadership.”

The idea was as dangerous for the Palestinians as it was for Israel. As Mr. Pickering admits, widespread protests could overthrow Abbas’ government, and if Palestinian men joined in, widespread violence would inevitably break out. It would obviously be impossible to prevent men from participating in these demonstrations, yet Mr. Pickering felt this extreme risk was worth taking, even if it meant the replacement of Abbas with another Hamas-styled government—even if it meant violence breaking out across the West Bank, leading to a third intifada and the murder of countless Jews. He emphasized the need to hide all U.S. involvement in this plot. Ms. Clinton forwarded the email to Monica Hanley and asked her to “pls print.”

Clandestinely stirring up potentially violent protests in an attempt to force Israel to go against its best interests? Advice like this was par for the course when it came to Ms. Clinton’s advisers.

In a follow-up column we’ll illuminate even more anti-Israel advice that was given the then-Secretary of State. Sadly, there is just so much of it.

Funny how Dems hate Jews but the Jews vote for them 80/20. Jews must really hate themseles