Larwyn's Linx: Yes, Trump is the liberal Republican in the race 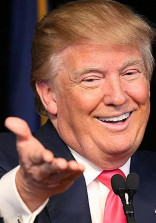 Yes, Trump is the liberal Republican in the race: Timothy P. Carney
Immigration or an iPhone: Sultan Knish
The case against Clinton: This is the disaster Democrats must avoid: P.J. Podesta

Trump’s Totalitarian Instincts: Leon H. Wolf
Just How Bad Is It?: Freedom's Torch
Trump and the Rise of the Unprotected: Peggy Noonan

Christie's Disgrace: Stephen F. Hayes
Yes, Trump University Was a Massive Scam: Ian Tuttle
If Conservatism Is Your Only Priority, There Is No Choice Other Than Ted Cruz: Rush Limbaugh

The Forbidden Name Which None May Utter: Gates of Vienna
Conman Blair's cynical conspiracy to deceive the British people and let in 2 million migrants: Daily Mail
Video: Migration and Sharia: Creeping

What ISIS is doing to women with this tool will make you SICK: Matt Palumbo
Saudi man gets 10 years, 2,000 lashes over atheist tweets: Japan Times
Florida man could get life in prison for mosque bacon attack: Robert Spencer

Rather Than Ending NSA's Key Surveillance Tool, Obama to Let Other Agencies Use It: TechDirt
Best Telescopes for the Money: Dave Brody, Space.com
From the Editor's Desk: Damn, that was fun ...: Phil Nickinson

QOTD: "A few weeks after Senator Marco Rubio joined a bipartisan push for an immigration overhaul in 2013, he arrived alongside Senator Chuck Schumer at the executive dining room of News Corporation’s Manhattan headquarters for dinner.

Their mission was to persuade Rupert Murdoch, the owner of the media empire, and Roger Ailes, the chairman and chief executive of its Fox News division, to keep the network’s on-air personalities from savaging the legislation and give it a fighting chance at survival...

...Mr. Murdoch, an advocate of immigration reform, and Mr. Ailes, his top lieutenant and the most powerful man in conservative television, agreed at the Jan. 17, 2013, meeting to give the senators some breathing room." --Jason Horowitz

at 9:30 AM
Email ThisBlogThis!Share to TwitterShare to FacebookShare to Pinterest
Labels: Linkfest

The enthusiasm in the first few events after the Trump Convention were palpable as excitement ran high. His expected after convention bounce put him in the lead over Hillary Clinton and the recurring theme of Trumpmentum seemed to be manifest and expectations mounted that he would run away with the race.

But then the stories of his past began flooding the airwaves. The accusations of fraud many ignored in the spring bubbled to the surface, and Trump’s only passing flirtation with the truth started to plague him on the trail.

For many it was a very new experience enduring the phenomena for Trump of ever falling poll numbers. Still Many more were dumbfounded that Trump’s usual approach of bombastic bullying only made the numbers drop even faster.

Instead of seeing a candidate ‘standing up for himself’, the general electorate saw a bully trying to shout down his opponent. While in the past his vague policy proposals protected him, this time around they became a liability. It became painfully obvious to all but his most ardent supporters that he would lose and lose big.

To be posted the evening of November 8 2016 after Trump Loses..

As an eyewitness to history, I can see how things are currently trending and how the current path should be clear to all.. but isn’t…But no matter, I will just leave this here for you to carefully consider since I see no point in waiting for the inevitable to play out.

With almost an air of relief Trump thanked his supporters and begrudgingly congratulated Ms Clinton on her win. But in a final twist of fate, the erstwhile target of his wrath and persecution turned the tables on him in her victory speech. Trump had threatened to prosecute Clinton, now it was Hillary making the threats.. and now she has the power of the Federal government to carry them out.

In recent weeks indications of the resulting landslide result was shaping up in the polls, so despite rumblings and rumors of lawsuits over tonight’s return, it became obvious that the victory was so slanted as to make these actions seem superfluous at best.

While Trump’s style of bluster won him many acolytes in the primaries, these same mannerisms only served to drive most people away in the general contest. His once successful tactics of lawsuit threats and shutting down opponents shouts of Liar! Had the opposite effect outside his cloistered rallies..

And while Hillary still has to clean up the lose ends of her legal troubles, it’s a fair bet that Justice Obama will serve to be the deciding factor in any legal case brought before the court.

Many are looking back wondered why they did not see the danger earlier, and still many more nodded their heads at the phrase ‘we told you so.’

While a formal postmortem on the failed Trump candidacy is still to be conducted, many have already began piecing together the early signs of his ultimate defeat tonight.