The Five Must-Read Emails Of The Latest Clinton Email Dump

Today the State Department released the penultimate batch of emails gleaned from Hillary Clinton’s illicit, private email server. The release featured another 88 emails that the government has determined contained classified information. Those 88 emails bring the total number of Clinton’s email that contain classified information to at least 1,818.

The biggest bombshell of the batch is an email from Neera Tanden that exposes Clinton’s faulty approach to email security. Others, such as one from Wendy Sherman, highlight the failed policies Clinton pursued at the State Department. There is also a damaging exchange about trade that reminds people of the many flip-flops Clinton has made this campaign.

See below for the five best new emails from this latest batch: 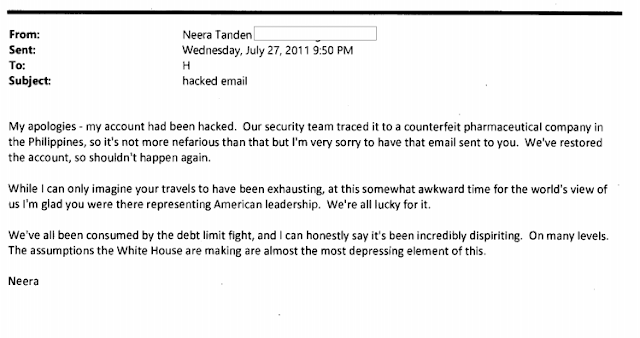 2. Wendy Sherman thanked Clinton for making her confirmation as Under Secretary of State for Political Affairs happen. As Sherman was one of the key negotiators of the Iran nuclear deal, this is another example of Clinton’s responsibility for the awful deal the Obama administration struck with Iran. This email is also a good reminder of Ed Henry’s recent story that Wendy Sherman once bragged about Clinton sending “sensitive information on unclassified systems.” 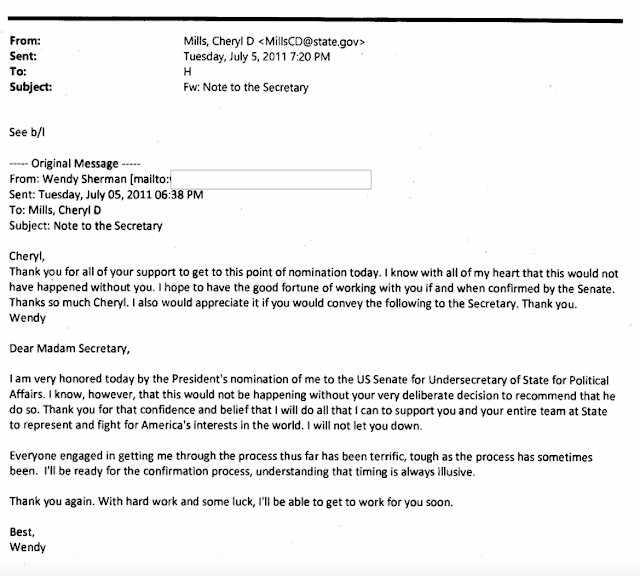 3. Back when Clinton actually supported trade, Jake Sullivan forward Clinton positive talking points on the Trans-Pacific Partnership, including the fact that it was the State Department’s “strong determination to complete the agreement.” In fact just months after Sullivan sent Clinton these talking points, Clinton claimed that completing the trade deal would be “one of our great projects in this century.” 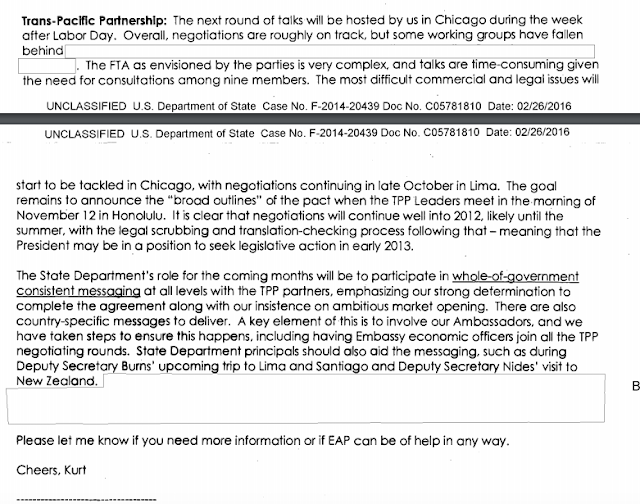 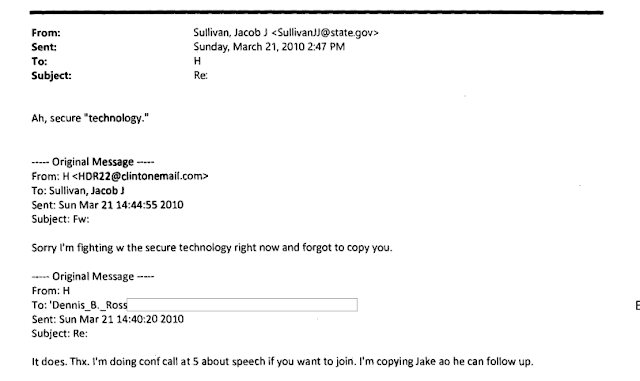 5. Clinton also received an email from then-Senator John Kerry. This email’s release coming in the same week that Secretary Kerry claimed that he had “no knowledge” that Clinton had a private email, makes that claim look ridiculous.

Email content aside, I find it interesting her email address, not the domain, doesn't reference "Clinton" and is instead the initials of her maiden name - HDR (Hillary Diane Rodham).

Implying what...that she was trying to hide who she really was by using HDR instead of the initials HRC which she used so frequently before that? If so, doesn't that also show that by creating this code name, she knew how important it was to maintain some level of security? I think you are on to something here!