LETTER FROM A READER: A Cruz-Rubio Ticket 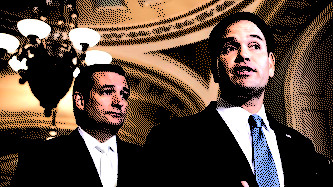 Perhaps the best chance we have for the Presidential election 2016 is not Donald Trump, but rather a ticket with Ted Cruz for President and Marco Rubio for Vice President. I believe their combined poll ratings are higher than those of Trump.

Ted Cruz for President can be contacted at https://www.tedcruz.org/contact/.

If Ted Cruz is still in the race after Super Tuesday, but has not yet made Rubio his running mate, his campaign can be reached by snail mail at: