DONALD TRUMP WANTS YOUR HOUSE: Because You're a F***ing Loser Standing in the Way of a Casino Parking Lot 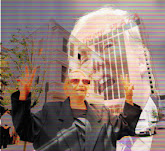 But he seems to have very little interest in what exactly it is that makes America great.

This paradox is very much on display when Trump talks about eminent domain, the authority given to government in the constitution to take private property for public use.

The Fifth Amendment to our Constitution tells us: "No person shall be ... deprived of life, liberty, or property, without due process of law; nor shall private property be taken for public use, without just compensation."

The key question is, what is "public use"? 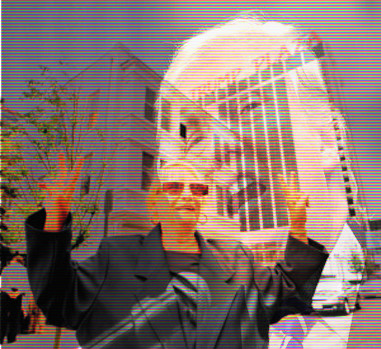 George Mason University law professor Ilya Somin sums it up as follows: "Until the early 20th century, most courts interpreted those words to cover things such as roads or power lines — projects owned either directly by the government or by private owners who have a legal obligation to serve the entire public, such as utility companies."

"By the 1950s, however," Somin continues, "The original meaning of 'public use' had been largely abandoned. Legal elites came to believe that government planners should have nearly limitless authority to take property to promote growth and combat blight afflicting the urban poor."

Donald Trump includes himself among these "legal elites" who think government should be free to confiscate private property and turn it over to some private developer who proposes a project, claiming it will create jobs.

This is what happened in the Kelo v. City of New London decision in 2005, when the Supreme Court sided with the city of New London, Connecticut, which seized property to make way for a commercial development anchored by a new research facility for Pfizer Corporation.

One of the property owners, Susette Kelo, sued the city, claiming this seizing of private property for a private development was not "public use" as intended in the constitution.

The two solid conservatives on the Court at the time, Anton Scalia and Clarence Thomas, sided with Kelo, who was represented by the libertarian public interest law firm Institute for Justice.

Donald Trump told Fox News' Neil Cavuto, regarding the Kelo decision, "I happen to agree with it 100 percent."

It sounds so nice to say a project can bring jobs and development. But can we really allow, in our country, the forcing of private owners off their property because a government entity, working with a private developer, claims there is potential in some new development there?

We have proof in the pudding with Kelo, where the owners were removed and then the project fell through. The place is now an abandoned lot.

Washington is filled with special interests looking for favors, claiming their business project is in the "national interest." Business people such as Donald Trump, who think they know what is best for everyone, can be free to buy out whomever they want. But how can we put the force of government behind them and kick people out of their homes? This is what makes America great?

Back in 1993, Donald Trump tried to buy Vera Coking's Atlantic City home to use the property for his casino development. She refused to sell. So New Jersey confiscated her property. Coking was represented by the Institute for Justice, and defeated Donald Trump in court. Coking kept her home.

What makes America great is respect for law and respect for all private citizens and their property.

We need leaders who understand and care about this. This is what will make America great. Not unprincipled dealmakers looking for wealth and power.

If Eminent domain wasn't important and part of a free and growing society it wouldn't be in the constitution. Nothing about Eminent will be perfect, and it will be abused. But it comes with the territory, the vast major of people that had Eminent imposed on their lives are well compensated. This is a fact, Cruz himself supported it when it was used in his home state. FACT

Ah, the relativist! Trump was personally benefitting from his lobbying for the use of eminent domain. He assisted in corrupting due process when it truly doesn't transfer to public domain usage. Comparing Pfizer or a casino to a border fence is disingenuous at best. If you're going to argue a point, make sure its an apples to apples comparison.

Quote: "Nothing about Eminent will be perfect, and it will be abused"

My point, Boarder fence,oil pipeline, its all relative.

The Supreme Court ruled: The government could use eminent domain up to 2005, Supreme Court ruled 5-4 that the provision also applies to cases where the acquisition of one’s property would promote private economic development. Again the purest test has failed the party, as a result the party gave us Trump.

Eminent Domain as an issue wont change peoples minds on voting day. If your going to go after Trump you might want to pick an issue that will stick. And im sure their are plenty, after all he has been the public for sometime now.