TIME FOR SOME PAYBACK: In 2007, Chuckie Schumer Called For Blocking All Bush Supreme Court Nominations

During a Sunday morning appearance on ABC’s “This Week,” Democratic Sen. Charles Schumer decried the intent of many Senate Republicans to prevent President Barack Obama from appointing the successor to deceased Supreme Court Justice Antonin Scalia.

But less than a decade ago, Schumer advocated doing the same exact thing if any additional Supreme Court vacancies opened under former President George W. Bush.

Almost immediately after Scalia’s death was announced Saturday evening, Republican lawmakers and presidential candidates began arguing the appointment of his successor should be left to the next president. Schumer lamented this outlook as pure obstructionism. 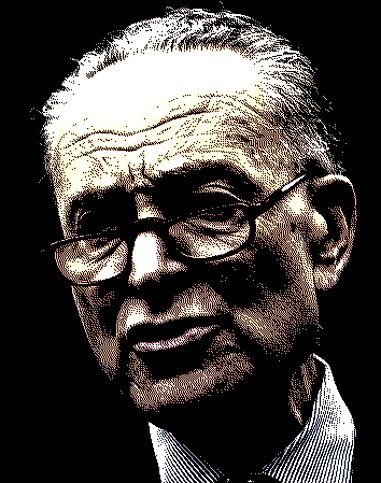 “You know, the kind of obstructionism that [Senate Majority Leader] Mitch McConnell ‘s talking about, he’s hearkening back to his old days,” Schumer said, according to The Hill. “In 2010, right after the election or right during the election, he said, ‘My number-one job is to defeat Barack Obama,’ without even knowing what Barack Obama was going to propose. Here, he doesn’t even know who the president’s going to propose and he said, ‘No, we’re not having hearings; we’re not going to go forward to leave the Supreme Court vacant at 300 days in a divided time.'”

“When you go right off the bat and say, ‘I don’t care who he nominates, I am going to oppose him,’ that’s not going to fly,” Schumer added.

When George W. Bush was still president, Schumer advocated almost the exact same approach McConnell is planning to pursue. During a speech at a convention of the American Constitution Society in July 2007, Schumer said if any new Supreme Court vacancies opened up, Democrats should not allow Bush the chance to fill it “except in extraordinary circumstances.”

“We should reverse the presumption of confirmation,” Schumer said, according to Politico. “The Supreme Court is dangerously out of balance. We cannot afford to see Justice Stevens replaced by another Roberts, or Justice Ginsburg by another Alito.” During the same speech, Schumer lamented that he hadn’t managed to block Bush’s prior Supreme Court nominations.

Much like Republicans today, Schumer’s sentiment was clearly based on a fear that another Bush appointment would radically shift the overall makeup of the Court’s ideology.

Of course, Schumer’s attitude back then provoked a response from Republicans very similar to the one Democrats are making now. Bush’s Press Secretary Dana Perino argued at the time that Schumer’s statements showed “a tremendous disrespect for the Constitution” and amounted to “blind obstructionism.”

As it happened, Schumer’s suggested obstruction never came to pass, as no more vacancies opened during Bush’s presidency.

Well, the Cruz campaign now has the issue they can ride to the nomination, if they will but seize the reins...

No autopsy for Scalia? Scalia's body to be immediately cremated? Lots of stuff on YouTube (below). Who knows?

See this story (below), from a website named after Andrew Breitbart, a man who was going to reveal devastating information about Barack Obama and then, suddenly...

OT: John Oliver is back after a two-month break at HBO's Last Week Tonight. Does he finally discuss the TPP? Of course not. He tells his viewers that you shouldn't need an ID to vote. What a tool.

http://www.breitbart.com/big-government/2016/02/14/conspiracy-theories-surround-justice-scalias-death/
Conspiracy Theories Surround Justice Scalia’s Death
(...)
John Poindexter, the owner of the ranch, provided more bait for speculation with an awkward description of how Scalia was found: “We discovered the judge in bed, a pillow over his head. His bed clothes were unwrinkled.”

https://www.youtube.com/watch?v=8gaiQqBKTQM
Scalia Murdered, Republic To Be Announced
William Mount
Published on Feb 14, 2016
Find out how, and why, Judge Scalai was murdered and what is happening with the return of the Republic. The Pope used a small efficient CIA team of Jesuits out of Langley to do the job.

For anyone who didn't follow the link from Instapundit, here is how a recess app't gets nullified: http://reformclub.blogspot.ie/2016/02/a-quick-thought-on-presidential-recess.html Gimmicky? Maybe, but in a time of air travel, so are recess appointments...