Koskinen has also proven to be incapable of correctly handling taxpayer dollars, protecting them from identity theft, fraud, and even lied to the American people and Congress. Clearly, the agency is in desperate need of reform and new leadership.

The following are the top five reasons to impeach IRS Commissioner John Koskinen: 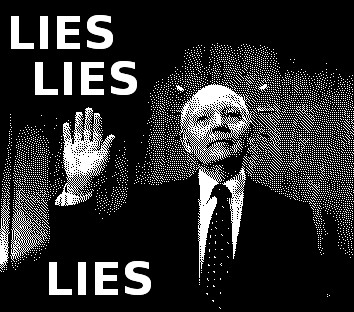 1.      The agency continually obstructed the investigation into the Lois Lerner targeting scandal. The IRS failed to search 5 of 6 possible sources of electronic media for Lois Lerner’s emails. The only source they bothered to search – her hard-drive – was destroyed after a brief search deemed information unrecoverable. As House Oversight Committee Chairman Chaffetz (R-Utah) noted, under Koskinen’s leadership, the agency has failed time and time again to comply with Congressional investigators.

2.      The agency ignored a preservation order by destroying 422 tapes in the Lerner dispute and during a sworn testimony.  The tapes contained as many as 24,000 Lois Lerner emails and were erased eight months after Congressional investigators requested all emails to and from Lois Lerner.

"Mr. Koskinen failed to testify truthfully. The statements that he made to Congress were false. It is imperative that this committee pursue all constitutional remedies. That may include contempt and it even may include impeachment of Mr. Koskinen."

4.      The agency failed to protect taxpayer data after a report found the IRS failed to screen 2.2 million tax returns for identity theft and fraud. In addition, there have been multiple reports that warned of vulnerability to taxpayer personal information. A 2014 report stated:

“Taxpayers could be exposed to the loss of privacy and to financial loss and damages resulting from identity theft or other financial crimes.”

5.      The IRS failed to properly prioritize funding even when there was no budgetary pressure. According to the Annual Report to Congress released by the National Taxpayer Advocate, the IRS has completely failed to order past budget decisions. According to the report:

American taxpayers are left with only one option: Impeach IRS Commissioner Koskinen.