Charts o' the Day: Obama has a Death Panel --- for the Economy


Democrats in Congress and in the Obama administration have tripled the national deficit in only nine months. 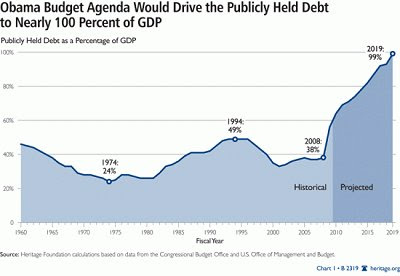 Their egregious budgets put America on a glide-path to bankruptcy. Nine years from now, unless we throw out these economic illiterates, the deficit will be the size of the entire American economy.

How has the economy responded to their gravity-defying spending spree? 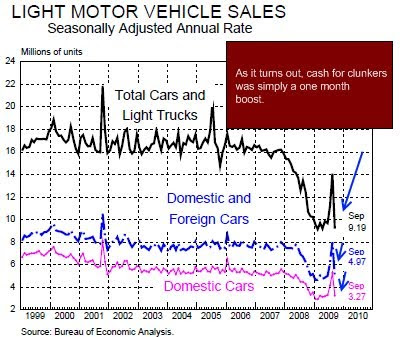 The "Cash for Clunkers" program was an utter failure, pulling demand forward primarily for foreign automakers, even though American taxpayers own GM and Chrysler. 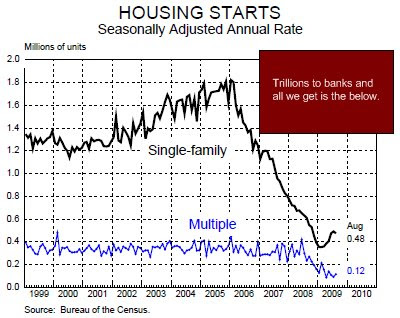 Surely a genius like TurboTax Tim Geithner -- the only man smart enough to rescue the economy -- could help us understand this chart. Multiple housing starts are still at a record low and there is literally no momentum for improved real estate sales when so many Americans are unemployed. 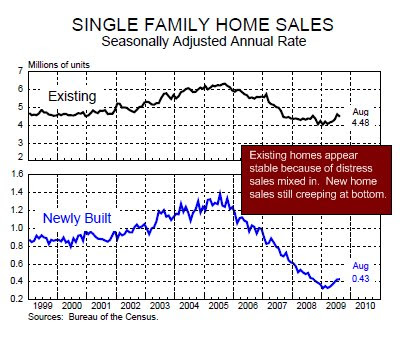 Mortgage rates are at record lows. Taxpayers are funding $8,000 down payments in the form of tax credits. And yet, despite all of the spending, home sales remain at near record lows. The few houses that are selling are existing homes. So much for stimulating construction employment. 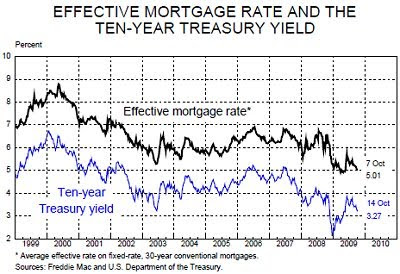 The price of "affordable" mortgage rates -- affordability being a relative term when you're unemployed -- is the catastrophic devaluation of the U.S. dollar. At some point soon, rates must increase. And when they do, the outstanding Option ARM and Alt-A loan book will truly become a ticking time-bomb. 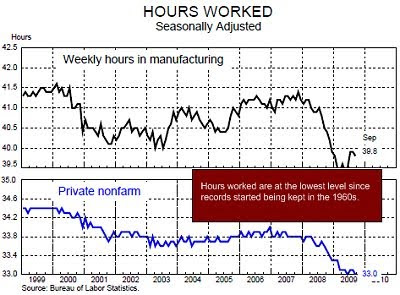 The true unemployment rate (U-6) is at 17 pecent while the average work week is the lowest it's been since they started keeping records in the sixties. 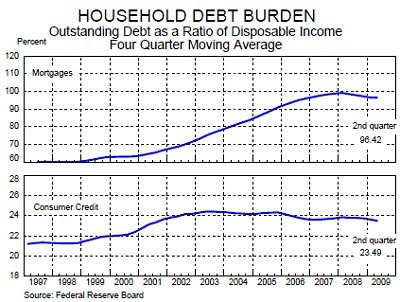 Despite a record number of foreclosures, debt forgiveness packages and bankruptcies, households are still carrying a phenomenal amount of debt. The "stimulus" package appeared to be a wonderful bailout for the banks and their cronies in Washington, but less effective for Joe Average. 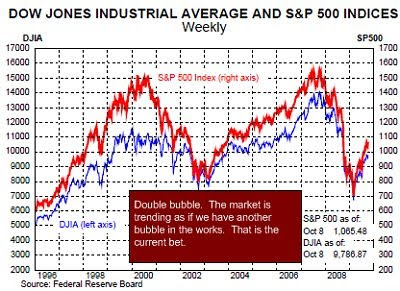 The stock market trend over the last few months is an odd one: despite very low volumes, the DJIA and SPY have ratcheted up 50% from their lows. The underpinnings of the ramp-up are hard to rationalize given the upcoming waves of Option ARM, Alt-A and Commercial Real Estate defaults. And although they're swimming in cash, the banks aren't extending credit, presumably because they're sitting on massive hidden losses that haven't been marked to market. Given the uncertainty around small businesses (mandated health care, energy taxes, etc.), unemployment will remain high. All of these factors mean that we could have a third major bubble building in the markets. 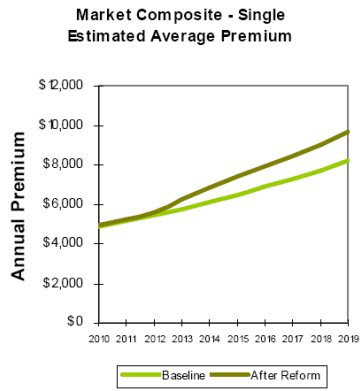 An analysis by Price Waterhouse Coopers (PDF) demonstrates that health care bills for individuals and families will skyrocket under the Democrats' "health care reform" efforts that leave tens of millions uninsured. 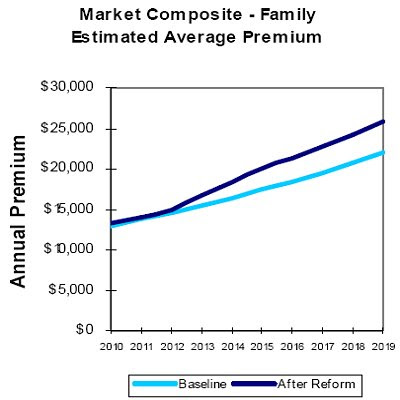 Count on spending an additional $4,000 (in after tax dollars) each year for your family. 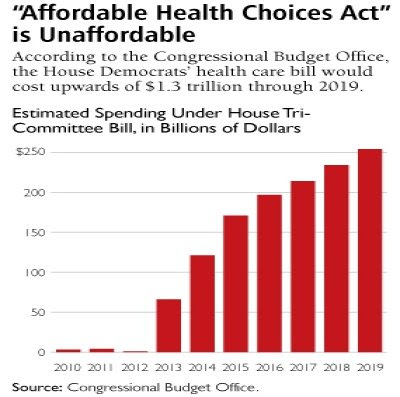 Add in the health care bill to all of the other deficit spending and the results are dismal indeed. 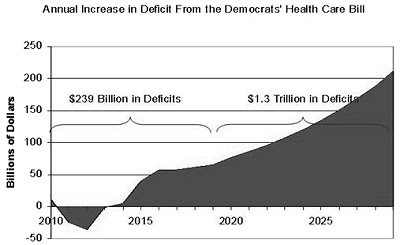 In the midst of this economic catastrophe, the failures in Washington are relentlessly pushing the nationalization of one-fifth of our entire economy.

I don't know whether there are "death panels" in the health care bill, but the Democrats have one running our economy.