Illinois: Worst-funded retirement system in U.S. to make up shortfall by investing in Euro debt swaps, other super-safe assets

Say, how are the last eight decades of unchecked Democrat rule in Illinois working out? Eh, for you drones -- that's a rhetorical question.

The Illinois Teachers' Retirement System — the worst-funded major pension plan in the U.S. — is pumping more of its assets into higher-risk investments while using accounting methods that some pension experts say understate its funding shortfall. 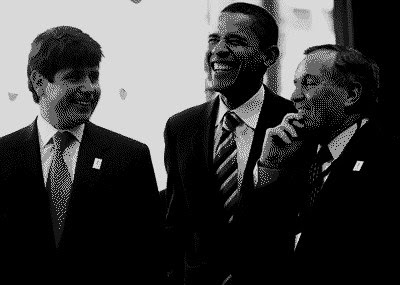 Springfield-based TRS, the state's largest pension provider, plans to allocate about a third of its $37.8-billion portfolio to alternative investments such as private-equity and hedge funds, a four-month Crain's investigation of TRS holdings and practices finds. These unconventional assets typically dangle the potential for higher returns, but only because they also carry greater risks and fees. TRS is shifting its portfolio while it's still developing an in-house risk-management system.

Gunning for bigger returns exposes the plan to the possibility of bigger losses, further jeopardizing the pensions of 362,121 former and current teachers. The system, which has just 46.5% of the assets it needs to cover promised payments to retirees, is counting on an 8.5% annual return, which many portfolio managers and investors, including Berkshire Hathaway Inc.'s Warren Buffett, say is unrealistically high. If TRS banked on a 7.75% return — the rate that two other Illinois public pensions lowered their forecasts to this year — its assets would equal only 43% of obligations. That would swell its shortfall to $50.1 billion from $43.5 billion.' Their solution seems to be going to Vegas with our money.'— Neil Mott, chemistry teacher,
Rolling Meadows High School... 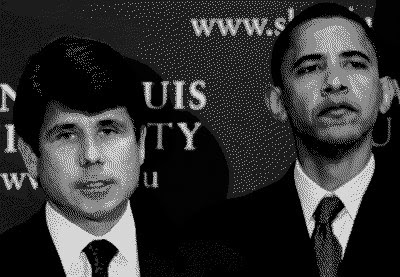 ...The plan also is dabbling in volatile derivatives, including wagers on Brazilian interest rates, and credit default swaps on sovereign debt from Italy and Spain... Illinois taxpayers are already on the hook for most of the $81.3 billion in TRS' long-term obligations because the state is required to fund the lion's share of TRS benefits. That liability will keep expanding, likely at a faster rate than assets, unless fund administrators and lawmakers can make up the $43.5-billion shortfall. If the plan defaults, the state will be lobbied hard to come to the rescue.

...The state's pension system in general is teetering. Moody's Investors Service in September 2010 revised Illinois A1-rated debt to add a negative outlook, its worst credit rating among states, partly because of the state's inability to address pension liabilities. Illinois had the largest unfunded pension liabilities of any state, with $85 billion owed for its five state-funded plans, as of June 30, 2010, Moody's says. Those plans' assets come to less than half that amount, according to the state's annual report.

...Illinois' public pension plans owe their troubles to broken promises by the Legislature. To preserve labor peace, the state routinely offered generous pension benefits. But to avoid hiking taxes and upsetting even more people, it didn't pay its share to cover these payments. Lawmakers could get away with this because the pension bills didn't come due for years or even decades...

Seriously -- citizens of Illinois: I have a suggestion. Please continue electing Democrat hacks who are beholden to union bosses. The sooner your state collapses, the better example you'll be for the rest of America.

Investing in European sovereign debt? Did they not learn from MF Global?

Instead they could buy a heluva lot of Powerball and Megabucks lottery tickets with that kind of money. I hear lotteries raise piles of cash for education and stuff, so they could say that they are "investing" this for the children. Whenever leftists waste money they call it an investment. Right?

people from Illinois should be banned from voting in national elections! Idiots!