Obama's policies are so destructive, even his union pals are getting pissed

After he's done being president, maybe he'll go back to academia and write a book on how to destroy capitalism.

President Obama tells anyone who'll listen that from dawn until dusk he's focused on job creation. Apparently, no one in his administration listens, since day after day they keep making job-killing decisions. 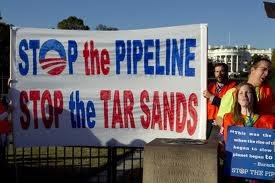 In fact, when it comes to jobs, Obama's policies are so bad that even his union pals are starting to notice.

The latest to take notice is the Communications Workers of America union. It reported last month that AT&T's $39 billion bid for T-mobile would have brought 5,000 quality jobs back from overseas and created "as many as 96,000 additional quality jobs in the build-out of high-speed wireless broadband."

...Then there's Obama's own decision to put the protection of environmentalist votes over the creation of tens of thousands of good jobs by delaying his Keystone XL pipeline decision until after the election.

And Obama's attacks on the private jet industry caused International Association of Machinists President Tom Buffenbarger to take offense. "In this industry, a few misguided words can put at risk even the ever-so-modest recovery we have experienced."

Meanwhile, Obama's supposed focus on job creation has failed to penetrate the walls of the Environmental Protection Agency. New EPA air pollution rules, for example, will shutter three dozen power plants, putting all their employees out to pasture, with three dozen more plants at risk, according to a new AP analysis of the effects of the mandates. All this to produce air quality improvements that will provide negligible health benefits.

Methinks a large contingent of union members will be casting their secret ballots for the Not Obama ticket.