Attorney General Eric Holder has gone all in. Not only is he neck-deep in Murdergate and Kagangate, but he is also trying to make an example of Sheriff Joe Arpaio for the lawman's willingness to enforce federal immigration law.

Arpaio's statement (PDF) is one for the history books.

On the surface, it may appear that today’s findings and actions by our federal government are directed towards this Sheriff and the Maricopa County Sheriff’s Office. The truth of the matter is that this is a sad day for America as a whole. 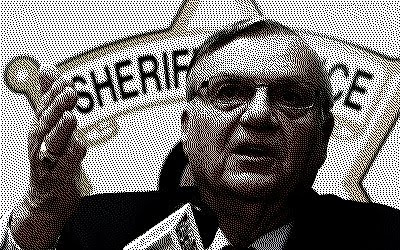 Today, the federal government moved to do everything it can to put this agency out of the illegal immigration enforcement business.

We are proud of the work we have done to fight illegal immigration. We have been responsible for finding and identifying 25% of the nation’s illegal alien criminal offenders through the 287G program. Sadly, much of that work will no longer be permitted by the Obama administration.

Today the federal government cancelled our 287 G agreement. What that means is that we are no longer able to verify the immigration status of any criminal offender brought into our jails. This was a program responsible for detecting over 44,000 illegal alien criminal offenders since 2007, many of whom we can assume were deported by ICE officials back to their country of origin. [Ed: Knowing this administration, I'd say that's wishful thinking.]

Now with the cancellation of this agreement, illegal criminal offenders arrested and brought into my jails will go undetected and ultimately dumped back onto a street near you. For that, you can thank your federal government. By their actions today, President Obama and his band of merry men might as well erect their very own pink neon sign at the Arizona-Mexico border saying "Welcome All Illegals to your United States." Our home is your home. 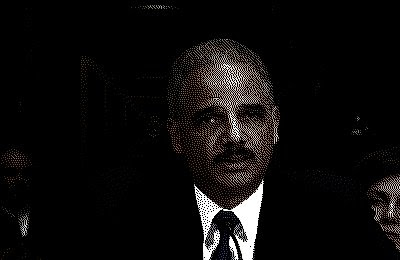 On Sept 28, 2011, President Obama was questioned at the White House, by Hispanic journalist and asked why there was no resolution in the civil rights investigation against me for allegedly racially profiling Hispanics. He stated that he had to be careful to comment on individual cases handled by the DOJ. The president stated he challenged the AZ Law (1070) that was supported by me, because he thought there was a great danger of naturalized citizens with Latino surnames could potentially be vulnerable to questioning. It is interesting that after 100 days in Office by President Obama, that the Democrat Chairmen of the judiciary Committee in Congress initiated this investigation.

After all this time, the head of the DOJ Civil Rights Division, who reports to Attorney General Holder, held a press conference December 15, 2011, which is 2 days after the Supreme Court agreed to accept the 1070 lawsuit. It’s also interesting that Perez came to Phoenix for the press conference on the anniversary of the brave border patrol agent Brian Terry’s death, who was killed because of the failed Justice department’s “Fast and Furious” case, which is presently holding hearings this week on Attorney General Eric Holder. Just this week, 2 Democrat Latino US Congress men from Arizona, joined by several other Latino Legislatures want me to resign my office. All of these same Democratic elected officials, throughout the years, have been criticizing my enforcement of State and Federal Illegal immigration laws...

...We have a civil rights racial profiling case brought by the ACLU, which will be before a federal judge with oral argument on summary judgment next week. Is the DOJ press conference, among other reasons, geared to poison the court against our position in this civil rights case?

Question for John Boehner: how many more offenses against the American citizenry must Eric Holder commit before the Republican leadership begins impeachment proceedings?