Sounds sustainable: Philadelphia councilwoman will 'retire' for one day, collect $478K union pension, then return to work on Monday

Consider this Exhibit 5,394 in the ongoing saga of public sector unions and their Democrat toadies sucking the life out of the private sector. 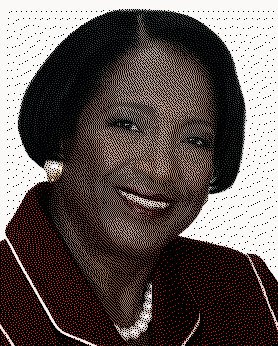 Marion B. Tasco, who has been described as being “politically savvy,” will retire from her sixth term as councilwoman, collect $478,057, and then be sworn in on Monday to serve her seventh term, Catherine Lucy and Chris Brennan of the Philadelphia Daily News.

...Tasco, along with many of her fellow Council members, is enrolled in Philadelphia’s Deferred Retirement Option Plan (DROP)...

...DROP allows city workers to collect salary and build up pension money during the last four years of their employment, writes Aaron Kase of Philadelphia Weekly.

...Naturally, when DROP was originally introduced, it was touted as being “revenue neutral.” It’s been anything but that. SInce its introduction, Philadelphia’s DROP program has cost the city $258 million in extra pension costs over a decade, according to a 2010 Boston College study...

Gee, it's so odd and unpredictable that a "revenue neutral" pension program designed by Democrat-slash-union hacks could cost the city a quarter of a billion dollars in only 10 short years.

And greatly enrich the same strain of said Democrat-slash-union hacks at the expense of the taxpayers.