The quirky Swedish automaker is calling it quits after suffering through the last two fitful decades.

The past two years have been rough for Saab. Since its independence from General Motors in 2010, the quirky Swedish brand has been beleaguered with financial woes, production stops, and an ever-shrinking customer base for its products... 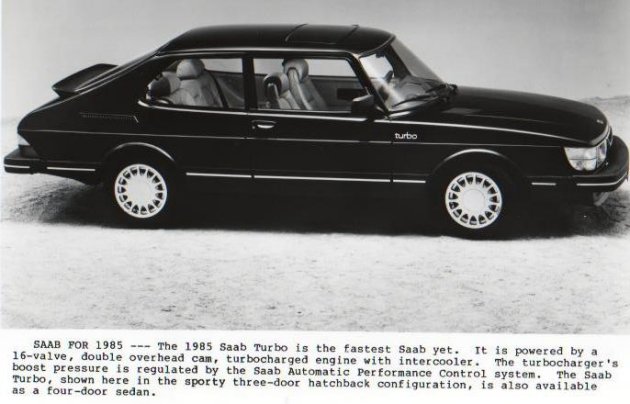 [Despite numerous attempts to resurrect it] there is little chance left for Saab. The board of Saab's parent company -- Swedish Automobile, formally know as Spyker -- has decided that the best solution at this point is to file for bankruptcy and liquidate what is left of the company's asset...

Saab was one of the first automakers to turbocharge its engines. It did so because of its aviation heritage; turbocharging a radial engine was a surefire way to derive more horsepower for a prop.

But after its acquisition by GM, things really started to go south.

Under GM's direction, the badge-engineered Saab 9-2X (based on the Subaru Impreza) and Saab 9-7X (based on the Chevrolet Trailblazer) were introduced in the American market in 2005 with the hope of increase sales. Both models were a critical and commercial failure and were scrapped a few years after production.

A Saab Impreza and a Saab Tahoe? Marketing genius.

R.I.P, Saab. I once owned a 1985 Saab 900 Turbo (with the ignition on the floor between the two front bucket seats). It was a great, great car with dozens of unique features that were eviscerated by the bean-counters in Michigan.

at 4:24 PM
Email ThisBlogThis!Share to TwitterShare to FacebookShare to Pinterest
Labels: Autos, Unions

this sucks, I had a 1995 900SE with the console ignition and loved it. It was made one year before GM bought into SAAB. I remember that news, I was devastated because I knew then that they would only ruin the marque and then shitcan it. Amazing it only took those scumbags 15 years to run this great innovator into the ground.

of course considering who/what is running "GM" now, it's no wonder.

I knew a guy who had one in the 90's. It was a dog, and it cost a fortune to have it serviced, which was way too often.

My buddy, down in Huntington Beach, also had Saab 900 Turbo. Around 1982 or so. Also had the ignition on the floor, which was a trip.

It only had the normal 2 liter enginee but was VERY comfortable and practical. Loved it!

Its only downsides were a lack of perfection for Florida's humid climate. The wipers couldn't handle a Florida hurricane and the hydraulic clutch seals needed regular replacement.

The electric seatwarmers were welcome, even in Florida!

Seemed to me that GM starved SAAB of capital to develop new products. Probably too much corporate regulation too.

I had a 1982 Saab 900 Turbo I bought used. I really liked it until one day the transmission self-destructed. GM certainly knows how to kill a classic.

It really pisses me off that we didn't let GM go bankrupt themselves.
But the financial blow to this country would have been devastating.
That's the ONLY reason these assholes are still in business and we as tax payers own 60% of the company.

SAAB sucks - good riddance. Weirdest cars out there next to a Puegeot...gM gives SAAB all that capital and they still go under. Wasteful Swedish pigs. did SAAB, Good Riddance!