The Communist-linked labor movement has been responsible for more job losses in the U.S. than any other cause you could name. GM, Chrysler, Bethlehem Steel, California, New York and Illinois all serve as evidence of the destructive nature of unions. 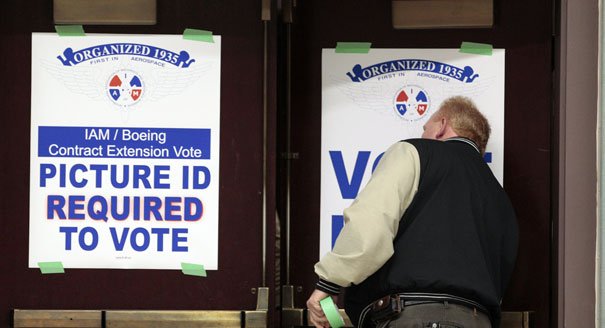 And nowhere is this phenomenon more visible than in Michigan.

The largest private employer in Saginaw, Michigan will soon be the city government of Beijing, as a 104-year-old unit of General Motors will be sold to new owners from China. The $450M purchase received little attention this summer, but it is a landmark deal - the first time Chinese investors have bought a U.S. industrial operation of such scale and history.

Louis Woodhill, writing in Real Clear Markets, describes the fallacy of a labor union movement within a capitalist system.

People won't work for nothing. Even without unions, companies must offer an overall package (wages, benefits, working conditions) sufficient to attract and retain the workers that they need. The interaction between the company's needs and the workers' alternatives sets the "market wage".

Unless workers are held at gunpoint, it is not possible to "exploit" them for any length of time... The logic of the free market is for companies to pay market wages, earn high profits, and reinvest their earnings in more factories.

...The purpose of a union is to extract from its employer more than the market wage. If it doesn't do this, then there is no reason for workers to support it or to pay dues to it. Because companies must sell their output at market prices and pay market returns for the capital that they employ, they cannot afford to pay more than "market" for any major input. Accordingly, any unionized company for which labor is a significant part of its cost structure will eventually be destroyed.

In a free market system, unions prevent employers from adapting to competition. Unions force employers to compensate workers based upon tenure, not ability. Employment rules are codified in massive agreements that are outdated the instant they are written.

And union bosses laugh all the way to the bank, even while their members are suffering, over and over again.

I had watched the movie "Norma Rae" http://en.wikipedia.org/wiki/Norma_Rae when I was eleven, and I subsequently had a good opinion of unions. (Well, that lasted a year or so until puberty got me interested in other things.) Although I see the same problems with unions as you do, is there anything redeemable about them? Perhaps the answer is still no, but how could Norma Rae (Crystal Lee Sutton, actually) have accomplished her goals in a different way?

In small towns with few employment choices, you may be forced to move.

Once again, it's dictated by market forces: supply and demand.