Holder DOJ, with no pressing matters to deal with, pursues Climategate leakers in the United Kingdom

The Holder Justice Department, having stonewalled Congressional investigations of Murdergate and Kagangate, appears to have a lot of spare time on its hands.

So much so that it is investigating Climategate -- the release of emails that show scientists hiding, destroying and changing data to fit the global warming agenda. 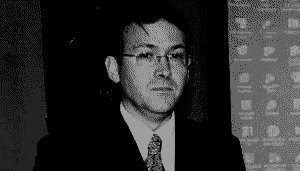 I have learned that last week DOJ sent a search-and-seizure letter to the host of three climate-change "skeptic" blogs. Last night, UK police raided a blogger’s home and removed computers and equipment.

The leaked [Climategate] records derailed “cap-and-trade” legislation in the U.S. and, internationally, as well as talks for a successor to the Kyoto Protocol. The emails and computer code were produced with taxpayer funds and held on taxpayer-owned computers both in the US and the UK, and all were subject to the UK Freedom of Information Act, the U.S. Freedom of Information Act and state FOIA laws.

They also were being unlawfully withheld in both the UK (by the University of East Anglia) and the U.S. (Department of Commerce’s National Oceanic and Atmospheric Administration (NOAA), including stonewalling me for two years, and three other requesters for longer).

...In the U.S., the academic and political Left have had fits about Virginia Attorney General Ken Cuccinelli exercising even more specific, anti-fraud authority to seek further records from University of Virginia in following up on indications from the first Climategate release of possible fraud against the taxpayer. Apparently, that represented an abuse of the police power. No word yet if they are outraged by DOJ’s current foray or that of the UK raiding team.

...This is a case which has members of the Virginia faculty and establishment beside themselves and demanding an all-out effort to oppose production of the requested documents in an effort to wear us and Cuccinelli down.

So far UVA has spent upwards of $1 million fighting Cuccinelli’s request, and school officials continue to fight us in court every step of the way.

Clearly, this is no small matter in the quarters insisting that this taxpayer-financed information never see the light of day. Even the criminal legal apparatus of the U.S. and UK must be invoked against this threat, apparently.

To review: The UK police and the US DOJ, Criminal Division, are pursuing a leaker of public records subject to one or more FOIA, records that were unlawfully withheld under those laws, which leaks indicate apparent civil violations (tortious interference by seeking dismissal of certain “skeptics”), and raising reasonable questions of fraud against taxpayers.

And they are pursuing the leaker.

But the law works both ways. Former Margaret Thatcher adviser Christopher Lord Monckton is pursuing his own brand of justice.

Now that six policemen from the Norfolk and Metropolitan forces have invaded the home and “borrowed” the computers of “Tallbloke”, the first blogger in the UK to reveal the existence of the 5000 Climategate 2.0 emails, you may ask why the British police seem so much more interested in tracking down and punishing the whistle-blower/“thief” than in dealing with the many crimes by crooked IPCC “scientists” that the emails expose.

...What offenses have been committed? Serious frauds, that's what. Some of the most prominent Climategate emailers appear, on the face of the evidence in the emails, to be engaged with each other and with others in an elaborate series of connected deceptions calculated to enrich themselves and their associates, impoverish everyone else and destroy key industries and national economies wholesale by systematically and often greatly exaggerating the supposed threat and costs of anthropogenic “global warming”, the certainty of the science that underlies the IPCC's claims, and the effectiveness of the various methods proposed for the attempted mitigation of anthropogenic “global warming”, while correspondingly understating the benefits of that warming and the costs of its attempted mitigation.

...In many jurisdictions, fraud is a common-law offense: that of obtaining a pecuniary advantage for oneself, or inflicting a pecuniary disadvantage upon another, by deception. The twin tests are money gain or loss, and deception.

...Suppose that the lead author of an IPCC chapter admits that he allowed a flagrantly incorrect value to appear in the Fourth Assessment Report because “I wanted to influence governments”, and suppose that notwithstanding the objections of the “reviewers” the erroneous value was printed, and suppose that for several months the IPCC, at the highest levels, tried to conceal the deception. That is fraud.

...In each instance, the perpetrators of the fraud will be named and their roles described.