Good news, folks - Ron Paul has finally discovered who was behind the first WTC attack: it was "The Jews".

How anyone in good conscience could vote for this nut is beyond me. Sure, a Democrat trying to sow chaos in a GOP primary I could understand. But people who think they're being "patriotic"? Give me a f***ing break.

One of the more insane claims in Ron Paul’s newsletters was that the Israelis were behind the WTC bombings in 1993:

Whether [the 1993 World Trade Center bombing] was a setup by the Israeli Mossad, as a Jewish friend of mine suspects, or was truly a retaliation by the Islamic fundamentalists, matters little.

This claim is of course so ridiculous and absurd that even Paul has to protect himself by claiming that “a Jewish friend” told him about it. What a handy rhetorical device! If only Paul had had the foresight to couch all his racist remarks in the newsletters in this way, he wouldn’t have any problems right now! “As a black friend of mine once told me, 95% of all black people in DC are criminal or semi-criminal.” See how effective that is? 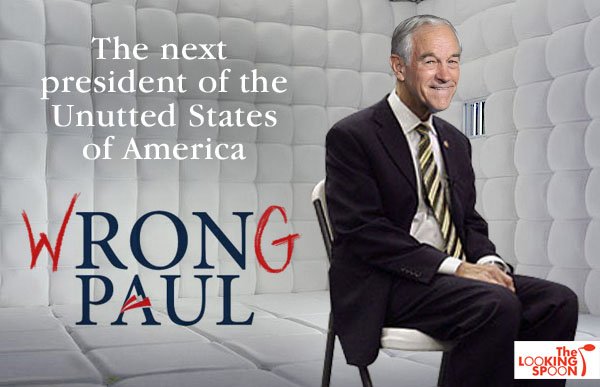 ...One of the excerpts CNN did not cover was Paul’s section on the bombing of the Marine barracks in Beirut. You’ll never guess who Paul thinks was responsible:

The Middle East, in the last forty years, has soaked up billions of dollars in the name of American security and peace. The more we give Israel, the more we must give their Arab enemies. The height of this folly was vividly and tragically dramatized on October 23, 1981, with the killing of the 241 Marines in Beirut when their barracks were destroyed by radical Moslems. The terrorists probably were aided by Iran and supplied with explosives sold to them by Israel, originating from the United States and paid for by American taxpayers.

I have to admit that this is somewhat of a new spin on the usual anti-Israel conspiracy theory associated with this particular event.

One thing that seems clear is that Paul’s natural instinct is to disbelieve that Muslim terrorism can exist unless those rascally Jews are behind it somehow.

Ron Paul in any GOP presidential field is -- quite literally -- the turd in the punchbowl.