Here's something we can all get behind: House Speaker John Boehner faces primary challenger from Tea Party 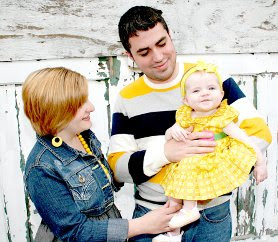 House Speaker John Boehner will face a challenge in the GOP primary next year, Fox News has confirmed.

26-year-old David Lewis, who does not live in Boehner's Ohio district, has filed with the Butler County Board of Elections (in Boehner's home county) to challenge the speaker on March 6.

Lewis is a Tea Party loyalist who lives in Clermont County on the east side of Cincinnati.

Asked about the challenge, Boehner spokesman Cory Fritz said: "The Speaker is focusing on working for the people of the eighth district to cut wasteful Washington spending, eliminate excessive regulations and help create a better environment for jobs and long-term economic growth."

Boehner did not face a primary challenge last year, though Butler County Sheriff Richard Jones has flirted with previous bids.

Looking for something you can do?

Make a New Year's resolution to lend David Lewis a hand. It's time to start firing the big government RINO's who are either too incompetent or too ideologically blinkered to fight the destruction of our Republic.

Exactly right - we should all get behind this. And we need to replace all the other career politicians. In addition to supporting Boehner's challenger, please consider supporting this organization:

Boehner (the town cryer), is one of the reasons I submitted a new voter registration on Friday. Soon I will no longer be a Republican. And, if Romney wins the nomination I will e sitting out this election.

Fight for your candidate in the primaries, but I would vote for an empty beer bottle over Barack Obama in the general election.

Unless you want to surrender your country, I'd recommend you do the same.