Tales From the Obamaconomy: Debtors' Prisons Make a Comeback

The perfect complement to today's report that "1 in 2 Americans are now poor or low income" is the fact that Dickensian debtors' prisons are returning to America.

As if life wasn't already tense enough for Americans who can't pay their debts, collection agencies are now taking advantage of archaic state laws to have some debtors arrested and sent to jail. More than one-third of US states allow debtors to be arrested and jailed, says Jessica Silver-Greenberg in the Wall Street Journal. 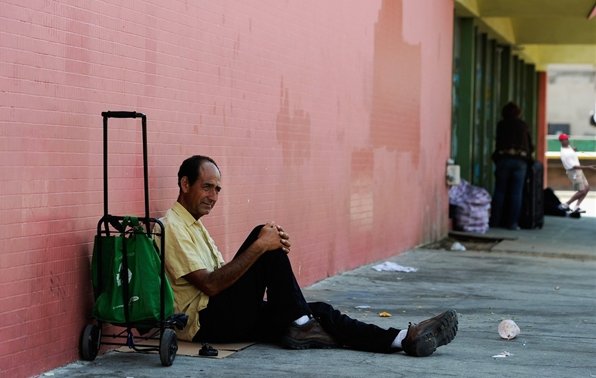 ...Of course, the reason debtors have failed to make court-ordered payments is often the same reason they didn't pay their debts in the first place: They don't have any money... In September, a 53 year-old woman named Vivian Joy was stopped for a broken tail-light in Champaign, Illinois. And then, because the cops discovered that she still hadn't paid $2,200 to a collection agency, she was cuffed and carted off to jail.

Joy's excuse? She doesn't have any money.

Jailing debtors for not paying their debts is apparently especially popular in Illinois...

Since the state of Illinois itself is months late paying $4.8 billion to its vendors and suppliers, my question is this: when does Governor Quinn and the rest of the Democrat machine get thrown in the clink to share cells with Bubba and Rodney?

One law for them, another for you.

It's the Chicago Way.