The People's Republic of China (PRC) is engaged in a stealth form of warfare with the United States. It has launched numerous cyber-warfare campaigns against American interests. It is engaged in a massive buildup of its military capabilities including "cruise missiles, fighter jets and [a] growing, modernizing army."

And now, it has created a new GPS system that reportedly trumps America's capabilities.

China is now one step closer to becoming the top economic and military superpower in the world: its Beidou geo-positioning system is now fully armed and operational... 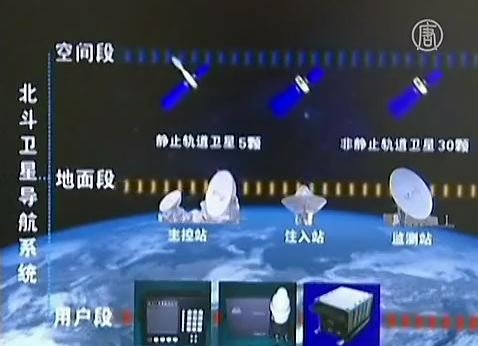 ...Beidou cuts China’s dependency of the American GPS system completely. It means that they would be able to launch any attack and move their forces around the world without any US interference. Right now, the United States can deactivate their Global Positioning System so nobody can use it in certain areas. That includes enemy armies. After Beidou, however, this will be impossible.

...China will be able to move their civilian transport ships and airplanes all over the world without being dependent on any other country. Their military would also use this system to direct their ships, combat airplanes, drones and land forces in battle... They would also be able to use Beidou to target any kind of weapons with great accuracy, including cruise missiles.

Those questioning the PRC's goals would do well to read "Discerning China’s Intentions a Challenge for U.S.".

GPS is great for military operations against cavemen. Aaginst an equivelent technolical enemy, not so much. A strong enough transmitter on the right frequencys will jam the system.
I just hope that our military training includes basic map and navigation.