As an aside, I read the Stuffington Roast so you don't have to. 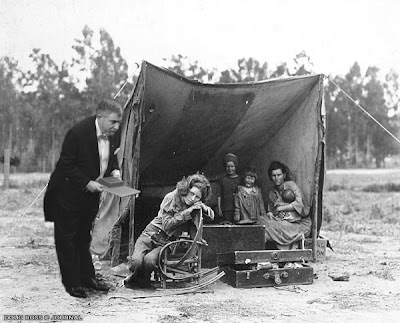 ...In recent days, more than 270 current and former Times employees have signed an open letter expressing their "profound dismay" with recent company decisions...

"There were people who wanted to storm Arthur Sulzberger's office," O'Meara told The Huffington Post...

"There were people who wanted to stage a walkout."

And what are the staffers' major grievances? Curiously, for the world champions of wealth redistribution, the whining revolves around money.

The letter calls attention to several grievances. Last week, Times brass notified foreign citizens employed in the paper's overseas bureaus that their pensions would be frozen. In the letter, Times staffers dismayed by this decision point out to Sulzberger that some of these foreign employees, working alongside Times reporters in war zones, have "risked their lives so that we can do our jobs."

The open letter may have been prompted by this and other recent decisions, but it brought to the surface long-simmering tensions. In the past several years, staffers have faced temporary pay cuts, layoffs, and buyouts. They have worked since March without a new contract. Regarding ongoing negotiations, the letter notes that Sulzberger's "negotiators have demanded a freeze of our pension plan and an end to our independent health insurance." O'Meara said staffers did not receive a raise this year...

I find it uniquely hilarious that the world's foremost advocates for Statism -- people like Paul Krugman, who continuously lobby for endless confiscation and redistribution of money by a centralized, authoritarian government -- are concerned with petty concerns like money. With private property. With their own financial well-being.

Whatever happened to the collective?

so funny, my sides hurt.

hope you NYT-staffer asswipes enjoy watching the failed communist-CEO get a $15 million golden parachute while you dumbass communist worker bees continue to Sell Statism to the masses for peanuts (and horrors, no raises!). (chortle)

you mean you don't Sell Statism for free? you expect to be paid? well d!psh!ts there's no money left after she got her $15 million you losers.

and these aholes are so stupid they destoy the building from the inside so it collapses on top of them. and us.