Breaking: Statement on the 2.7 million emails obtained from Stratfor

More than 48 hours after it was rooted, the website of intelligence firm Stratfor Research remains down. In fact, as of this moment, even its temporary server (showing an "Under Maintenance" page) is inaccessible, perhaps due to an ongoing denial-of-service attack.

Via Wikileaks, the following statement describes some of the motives for the compromise.

In the wake of the recent operation by which Stratfor's servers were compromised, much of the media has focused on the fact that some participants in the attack chose to use obtained customer credit card numbers to make donations to charitable causes. Although this aspect of the operation is indeed newsworthy, and, like all things, should be scrutinized and criticized as necessary, the original purpose and ultimate consequence of the operation has been largely ignored. 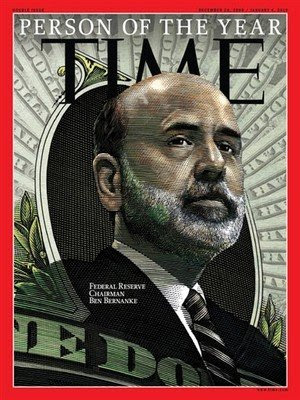 Stratfor was not breached in order to obtain customer credit card numbers, which the hackers in question could not have expected to be as easily obtainable as they were. Rather, the operation was pursued in order to obtain the 2.7 million e-mails that exist on the firm's servers. This wealth of data includes correspondence with untold thousands of contacts who have spoken to Stratfor's employees off the record over more than a decade. Many of those contacts work for major corporations within the intelligence and military contracting sectors, government agencies, and other institutions for which Anonymous and associated parties have developed an interest since February of 2011, when another hack against the intelligence contractor/security firm HBGary revealed, among many other things, a widespread conspiracy by the Justice Department, Bank of America, and other parties to attack and discredit Wikileaks and other activist groups. Since that time, many of us in the movement have dedicated our lives to investigating this state-corporate alliance against the free information movement. For this and other reasons, operations have been conducted against Booz Allen Hamilton, Unveillance, NATO, and other relevant institutions. The bulk of what we've uncovered thus far may be reviewed at a wiki maintained by my group Project PM, echelon2.org.

Although Stratfor is not necessarily among the parties at fault in the larger movement against transparency and individual liberty, it has long been a "subject of interest" in our necessary investigation. The e-mails obtained before Christmas Day will vastly improve our ability to continue that investigation and thereby bring to light other instances of corruption, crime, and deception on the part of certain powerful actors based in the U.S. and elsewhere. Unlike the various agents of the U.S. Government, the hacking team that obtained this information did not break down the doors of the target, point guns at children, and shoot down any dogs that might have been present; Anonymous does not resort to SWAT tactics, and this is simply one of many attributes that separate the movement from the governments that have sought to end our campaign and imprison our participants. Of course, such points as these will not prevent our movement from being subjected to harsher scrutiny than is given to those governments which are largely forgiven their more intrusive tactics by virtue of their status as de facto holders of power in a world that has long been governed in accordance with the dictate that might makes right.

Incidentally, many of us are more than happy to proceed according to that amoral dictate if we find it to be necessary. And, increasingly, we have found it to be so.

Let me see if I can translate:

We decided to break the law and commit various crimes up to and possibly including treason by carrying out the exact same activities that a Soviet Russian or Chinese Intelligence Agency would do because we are Really Moral People. (Oh look, credit card numbers. Grab them too) After all, the activities of companies and government agencies who have been working for years in order to protect the country and its people from those who would do us harm are Bad. Really Bad. Because we say so, that’s why. And the fact they are willing to fight against us, just shows how Bad they are. After all, Information should be free (except for our names, our addresses, what we do with those credit card numbers we liberate, and anything else we say so)

After all, we aren’t going to do this to the Russians or Chinese or the Iranians, they might track us down and shoot us.

Yes, I noticed. We are proving our moral superiority by being amoral. We do this for the good of all, if we don't really believe in "good". Talk about showing off your wanker, than stomping it into the dirt. I suppose they are going to be really surprised when the drugs wear off and it hurts a lot?