LEGACY: The Zimbabwe-ization of America

Writing in today's Wall Street Journal, George Melloan offers us some of the ominous outcomes of Ben Bernanke's magical printing press, which continues to churn out dollars as fast as the government needs them.

...The Fed's worst fear is that despite its long-term commitment to buying up government debt, it will lose control of interest rates. That's why the early-January upward blip in bond yields was a yellow warning light. If Treasury bond prices decline significantly from the artificial levels that massive Fed purchases have supported, several things will happen, none of them good. 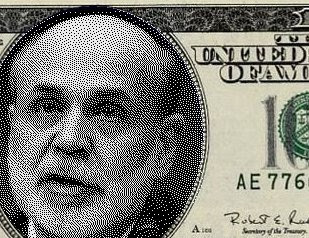 First of all, government borrowing costs will rise, making it even more difficult to control the deficit. Second, the value of the Fed's gargantuan and growing $2.6 trillion portfolio of Treasury and government-agency mortgage bonds will decline. It won't take much of a portfolio loss to wipe out the Fed's capital base. Without capital of its own, it would become a ward of the Treasury, costing the Fed what little independence it has left to defend the dollar...

...Inflation can ultimately destroy the bond market, as it did in 1960s Britain during the government of the socialist Labour Party. No one wants to commit to an investment that might be worthless in 10 years, never mind 30 years.

Throughout history, governments have inflated away their debts by cheapening the currency. That process is well under way through the Fed's abdication to irresponsible government. If Fed policies continue, another huge tax—inflation—will weigh down the American people. The politicians will try to escape public censure, as they always do, by blaming it all on "price gouging" by producers, retailers and landlords. A substantial cohort of the press will buy into that phony rationale and spread it as gospel.

President Obama's true legacy will be this: the Zimbabwe-ization of America.

But it's exactly what HE intended from the second he laid his hand on that bible in 2009 and lied.

Finally someone in media (left and right) has the guts to say out loud what I have been saying for years. Obama wants the United States to be just Zimbabwe (Rhodesia). Obama is a carbon copy of Robert Mugabe.