It would seem that the vast majority of Americans still believe that we have a governing document known as "the Constitution", which would ostensibly require that a President work with Congress to arrive at new laws. 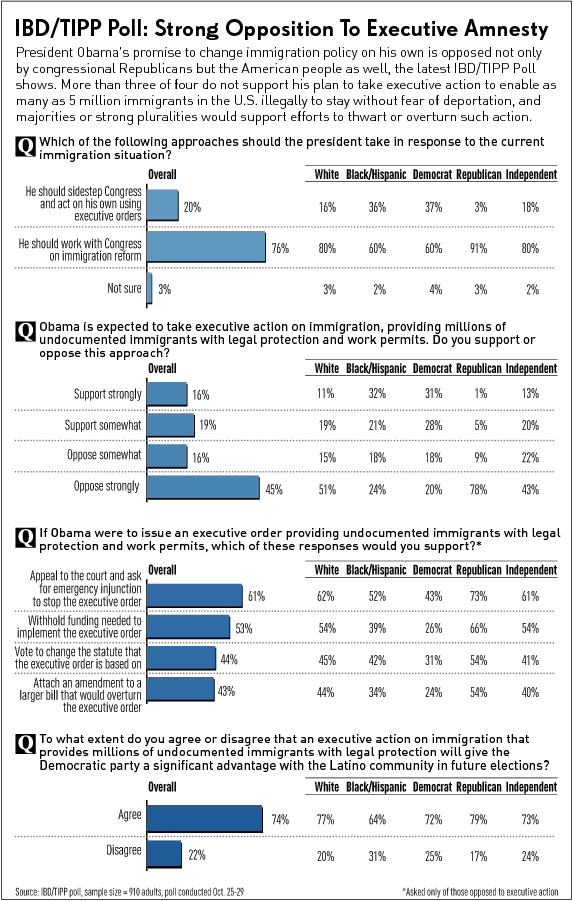 In fact, even the majority (62 percent) of Latinos and Blacks oppose Obama's outrageous attempt to rewrite federal immigration statutes on his own.

Should this nefarious act occur, there should be only one remedy considered by the Congress. And that is impeachment.

Now this is interesting. It would appear that Obastard's hard-core support is now down to 20%.

[Saw this shorty on the big WWW - Jim]

Obama's Desk, Obama's Chairs, Obama's Bench.
This is what Obama seems to see instead of "the executive, legislative, and judicial branches" of our American government.
As one who promised change, furniture arranger Obama can subtly fit all those chairs and that bench into the Oval Office while few seem to notice or care!
America is the Tree of Liberty - the Tree that promises liberty and justice for all.
But America also provides for the pruning of any and all tyrants that are attached to the same Tree!

(For dessert Google "Zany Obama-Inspired Quips" and "The Background Obama Can't Cover Up.")