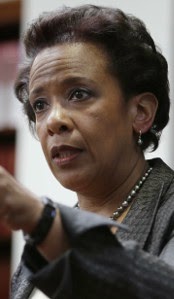 Arizona Makes a Brilliant Move to Stop Obama Cold: ConTrib
And now, a word from Larry Correia: Exurban League
Does Obama Even Know How to Negotiate?: Megan McArdle

On The Rehabilitation Of The John Birchers: Camp o' the Saints
Democrat Party Hollowed Out — No, Eviscerated! — After 6 Years of Epic Obama Failure: AmPower
Alleged Bin Laden Killer: "He Died Like a P***y": Breitbart

USA: Basketball Player Won’t Stand for National Anthem — Because He is Muslim: Geller
On Many Campuses, Hate is Spelled SJP: Daniel Mael
This is what they think of us: Joe Huffman

QOTD: "Rob O’Neill, the man who claims he killed Osama bin Laden, said that “Osama bin Laden died like a p***y” in a series of interviews with freelance journalist Alex Quade that were excerpted on Friday’s “AC 360” on CNN.

O’Neill said “anytime anyone says ‘You know, my brother died at Cantor Fitzgerald, or my mom, whatever’ one thing I tell them is, ‘All right Osama bin Laden died like a p***y. That’s all I’m telling you, just so you know. He died afraid. And he knew we were there to kill him.’”

He also reported that other members of SEAL Team Six “knew we were going to die. we knew we weren't coming back…we all accepted it and nobody was afraid,” but that the victims of 9/11 helped motivate them saying, “we didn’t do it for us, we did it for the people who didn’t want to die.” And “9/11 is very significant. It was the whole reason we were there.” He added that the thought process before the mission was, “we’re gonna die, but we’re gonna die when the house blows up, but knowing that f***face blew up, too.”" --Breitbart TV

Ask yourselves what will happen if Obama succeeds in blowing open the border with the promise of Amnesty?

Let’s start with your constituents being thrown out of jobs when they are replaced with cheap illegal invader labor.

Bit that should be no problem since you have your wonderful socialist safety net …. That will soon be over loaded with millions of new dependents that deplete the free goodies that you use to buy votes…

Now suddenly you will have millions of your dependent voters unable to feed at the trough and getting angrier at the minute because Comrade Obama has over loaded the system.

And then just to make things more ‘interesting’, along with all those flooding over the border you’ll get quite a few criminals that will victimize your constituents.

Along with terrorists and all kinds of deadly diseases that will do their part in hobbling the economy and killing off a good portion of the population.

Yes, you’ll have a first class disaster on you hands, all courtesy of Obama’s wonderful pen and phone, it’ll be all yours Democrats.

ObamaAmnesty will do for you what Obamacare has done – only many times worse, because you won’t be able to palm it off on some mythical problems that needed to be solved RIGHT NOW!
(If that had been the case he would do something about the ‘problem’ by now)

There is only one reason Obama and your aren’t in the dumper – the Obamascam of pretending to be unconnected with his own acts, backed up by a gullible or toadying press that propagates the scam.

Think about that for second before you agree with the DNC’s ObamaAmnesty suicide pact.