I must say: this looks like something out of Battlestar Galactica. 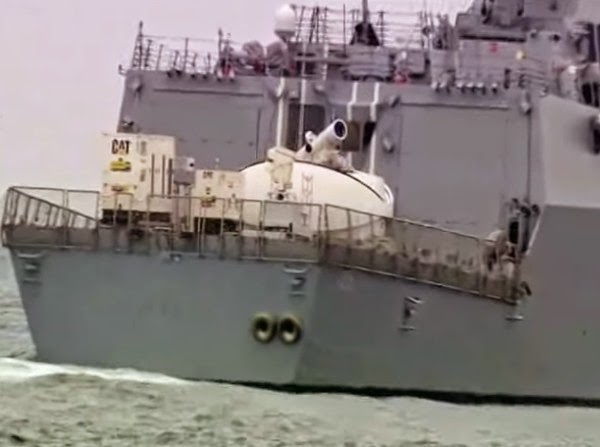 It's official: the US Navy has entered the future. Vice Admiral John Miller tells Bloomberg that the USS Ponce, an amphibious transport, has been using the Navy's Laser Weapon System (LaWS) in the Persian Gulf since late August. 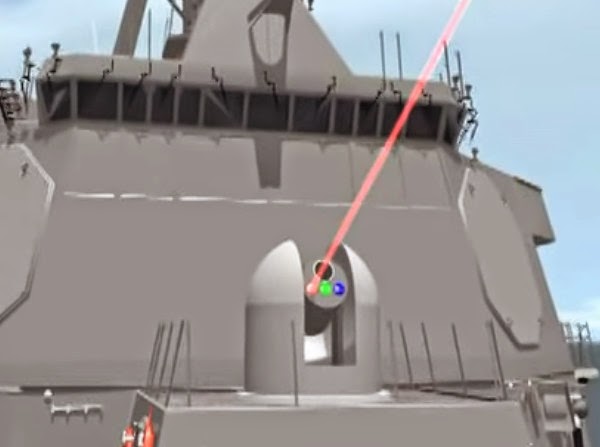 ...The high-tech arsenal is no threat to larger vessels, but it's potentially ideal for defending against Iran's fleet of smaller ships. The Ponce can use non-lethal laser flashes to spook enemies or thwart their sensors, and it can destroy small craft (including airborne drones) if they don't heed warnings. 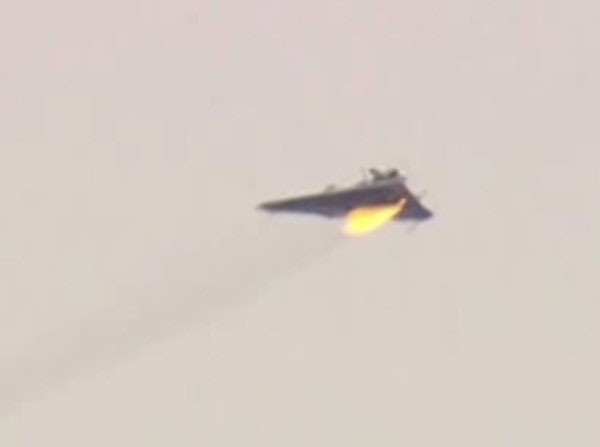 ...It'll take some time before laser weapons are a common sight on the high seas, [but if] it pans out, however, there's a real chance that the days of conventional small deck guns are numbered.

A Year back The US DoD has revealed that its Laser Weapons System (LAWS) has successfully demonstrated its ability to down small aircraft during testing ... The laser weapon shot down a drone during testing by igniting it, sending it crashing down to earth just moments after engaging it and Now happy to see it on USS Ponce .... a new laser era begins