President Obama’s executive amnesty violates the laws Congress has passed in order to create and implement laws Congress has refused to pass.  The President is providing an estimated 5 million illegal immigrants with social security numbers, photo IDs and work permits—allowing them to now take jobs directly from struggling Americans during a time of record immigration, low wages, and high joblessness. 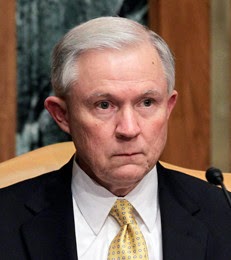 This amnesty plan was rejected by the American people’s Congress.  By refusing to carry out the laws of the United States in order to make his own, the President is endangering our entire Constitutional order.

The President’s plan will apparently also allow many illegal immigrants to receive green cards and become legal permanent residents—meaning they can access almost all U.S. welfare programs, have lifetime work authorization, obtain citizenship, and sponsor foreign relatives to join them in the U.S.

Law enforcement has warned this unprecedented amnesty will unleash a ‘tidal wave’ of new illegal immigration flooding into American neighborhoods at taxpayers’ expense.

The President’s unconstitutional action is a direct threat to our Republican system of government and will have catastrophic consequences for the American people.  It must be stopped.  And the way to stop it is by using Congress’ power of the purse.

The House should send the Senate a government funding bill which ensures no funds can be spent for this unlawful purpose.  If Reid’s Senate Democrats vote to surrender their own institution to an imperial decree and block the measure, then the House should send a short-term funding measure so the new GOP majority can be sworn in and pass a funding bill with the needed language.

Congress has no higher duty than to protect the American people and our Constitution.  The President’s action is a threat to every working person in this country—their jobs, wages, dreams, hopes and futures.  For years, the American people have begged and pleaded for a lawful system of immigration that serves the nation and makes us proud—but the politicians have refused, refused, refused.

It is time to stand strong for the American people.  It is time to champion the interests of those constantly neglected on the question of immigration: the men and women and children we represent—the citizens of this country to whom we owe our ultimate allegiance.  Every American must ask their Senator where they stand.

The U.S. currently provides green cards to an additional 1 million permanent residents each year (who are eventually able to attain citizenship) in addition to about 700,000 temporary guest workers and 200,000 relatives of those guest workers. The inflow of guest workers includes a large number of STEM workers that are displacing American STEM-trained college graduates and recent immigrants.  Since the year 2000, the U.S. has issued nearly 30 million visas for permanent immigrants or temporary guest workers.  As reported by the Pew Research Center, the total number of immigrants in the U.S. has reached a record 41.3 million. The share of the U.S. population that was born in another country, per the Census Bureau, has quadrupled.

According to Harvard labor economist Dr. George Borjas, high immigration rates during the last two decades of the 20th century reduced wages for lower-skilled U.S. workers by more than 7 percent.

The President’s plan to unilaterally and massively expand the labor supply through illegal amnesty and expanded foreign worker programs would, of course, mean yet lower wages and higher unemployment (as CBO confirmed).  (Click here to read Civil Rights Commission Member Peter Kirsanow’s letter to the President about how this executive amnesty would be disastrous for black workers in the United States.)

Since taking office, President Obama has engaged in a sustained and calculated campaign to dismantle the immigration laws of the United States.  As his own former ICE Director, John Sandweg explained: “if you’re a run-of-the-mill immigrant living here illegally, your odds of getting deported are close to zero.”  ICE officers report that their agency caters to special interests and open borders activists, while they are ordered to ignore their oaths and the laws of the United States.

President Obama has plunged our immigration system into a state of lawless chaos.  People merely show up at the border and are released into the United States.  People overstay their visas without consequence.  The asylum system is racked with fraud.  Every month seemingly brings some new order further reducing the integrity of our immigration system.  In recent months President Obama unilaterally increased guest worker admissions by 100,000; removed restrictions on the admissions of foreign nationals with limited terror-ties; unilaterally expedited chain migration from Haiti; extended amnesty provisions for Honduran and Nicaraguan nationals; attempted to recruit illegal immigrants for military positions even as Americans servicemembers are being laid off; and released more than 100,000 illegal immigrants into the interior of the United States; and released last year 36,000 convicted criminal aliens back into American communities.

Just stop. You're creeping me the f**k out. Stop it. There is no law anymore.

Hey Sessions, why don't you just look at his fake birth certificate? Huh.

Why do you f**king clowns persist, in this charade.

He isn't even a man.

WE WANT OUR COUNTRY BACK

That's it. Not polite conversation, 'bout what you plan to do ...

Just do it already *ssmonkey. Criminy.

Lead
Follow
or
get
the
f**k
out
of
the
way

GOP in Congress: a little talk, but no action. Brain dead McConnell and Boehner will actually do something meaningful when Hell freezes over, pigs fly, and Obummer stops lying. So, never.

BLAH BLAH BLAH.
Big talk from another republican that will will still vote to fund the Imperial President's crimes.

If formal articles of impeachment, are not introduced, on January 3? People of this Nation, WILL start rockin' an rollin'.

If McConnell and Boehner give the B.S. song it is the law of the land nonsense .. it will be time to move to a 3rd conservatives and let the rinos become documented democrats
Illegals amnesty kids will get back over $ 6,000 in Earned income from IRS..
an illegals family of 3 kids will get over $ 19,000 .PER YEAR !!!!!!!!!!!!!!!!!!
If the rinos support Obama spending goodbye rinos