Perhaps the infamous economedian Paul Krugman can explain the amazing dichotomy between the Obama and Reagan recoveries. Or perhaps not; propagandists make lousy historians.

Nearly one in five U.S. households will celebrate Thanksgiving on food stamps this year... Back in fiscal 2000, there were 106,061,000 households in the United States and, according to a USDA report published in November 2012, there was a monthly average of 7,335,000 households—or 6.9 percent—getting food stamps that year. 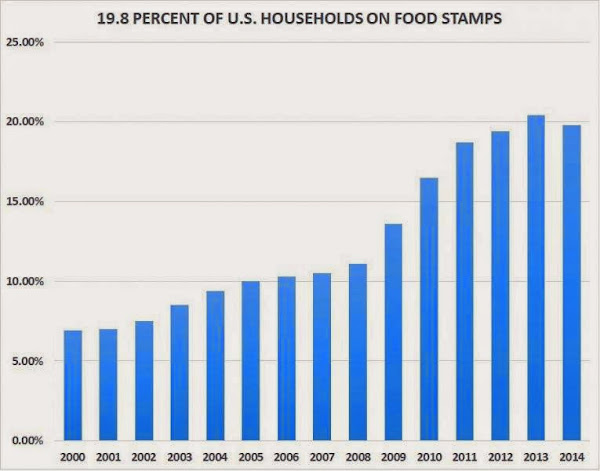 Gee, it seems so surprising that a radical leftist community organizer would make things worse rather than better.