Who amongst us has ever heard of William A. Wirt? 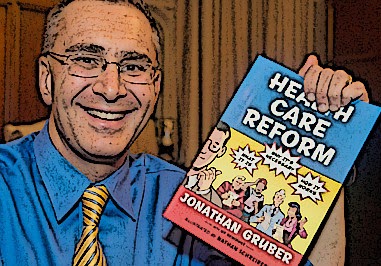 In her exceptional book "American Betrayal: The Secret Assault on Our Nation's Character," Diana West writes that Wirt, a Gary, Indiana schools superintendent, asserted before a Congressional committee in May 1934 that there was a deliberately conceived plot among members of Franklin D. Roosevelt's New Deal administration to overthrow the established social order in the United States and substitute a communist-style planned economy.

The Roosevelt administration well understood that if Wirt's accusations were seriously investigated it might distract from or even halt their political momentum. For that reason, it was decided that the proceedings would be a suppression of the truth rather than an uncovering of the truth.

For performing his patriotic duty, Wirt was branded a liar by committee Democrats, smeared by the press and even ridiculed by Roosevelt himself, a fate that would likewise befall future anti-communists such as ex-Soviet agent Whittaker Chambers, journalist M. Stanton Evans, Representative Martin Dies (D-TX) and Senator Joseph McCarthy (R-WI).

As West notes, a careful investigation of Wirt's charges might have averted the Communist infiltration of the U.S. government that marked the middle decades of the twentieth century. Expert estimates now peg the number of Americans assisting Soviet intelligence agencies during the 1930s and 1940s as exceeding five hundred, including high-ranking government officials such as Alger Hiss (State Department), Lauchlin Currie (White House), Harry Dexter White (Treasury) and Roosevelt's most intimate and Lend-Lease boss Harry Hopkins, who twice covertly passed vital secrets to the Soviets. World War II Army Chief of Staff George C. Marshall said: "Hopkins's job with the president was to represent the Russian interests. My job was to represent the American interests."

More revealing is the political mechanism by which elected U.S. officials and the media have long sought to shield the apparent conspiracy from investigation, against an airing of the facts, even as they also casually sacrificed a good citizen to do so. This was the beginning of an era, an era of American betrayal and the onset of the Big Lie.

According to West, there are many striking parallels between America's struggle with Communism and the present battle with radical Islam. The government's "see-no-Islam" policy makes truth, evidence and reality subservient to cultural sensitivity to maintain the Big Lie that "Islam is the religion of peace." It is the systematic suppression or altering of facts that advances and sustains the ideology of the left and its barricades in academia and the media.

Stated simply, the left has a tradition of deceit and a history of changing history.

MIT economist Jonathan Gruber, a leading architect of Obamacare, is now under fire for comments in which he conceded that to pass the healthcare law, supporters relied on "the stupidity of the American voter" to hide its actual effects and represents the latest example of how the law was built on a foundation of lies.

Consistent with the left's pattern of deception, House Minority Leader Nancy Pelosi (D-CA) denied ever hearing about Gruber, but her website in December 2009 featured a lengthy blog post citing his analysis of Obamacare in an effort to dispel "myths" about the bill. C-SPAN also posted a clip from a Nov. 13, 2009 press conference where she touts Gruber's work.

Obama used the Internal Revenue Service and three-letter security agencies to suppress political speech with which he disagreed and harass news reporters who filed stories critical of him, while claiming there was not a "smidgen of corruption" in the so-called IRS scandal.

Obama supported and armed Islamic jihadists in Egypt, Libya and Syria, some of whose weapons may have ended up in Afghanistan and were used against American troops, while rejecting that his administration has misled the public on the Benghazi, Libya attack.

Military records and sources reveal that on July 25, 2012, Taliban fighters in Kunar province, Afghanistan successfully targeted a US Army CH-47 helicopter with a new generation Stinger missile. According to this report, the US Special Operations believe the Stinger fired against the Chinook was part of the same lot the CIA turned over to the Qataris in early 2011, weapons Hillary Rodham Clinton's State Department intended for anti-Khadafy forces in Libya, but were subsequently given to the Taliban.

Now Obama is planning an executive amnesty that would give work permits, Social Security numbers, and drivers licenses to as many as 8 million illegal immigrants, after insisting for years that he had absolutely no legal authority even to slow deportations.

Leftists have a legacy; they lie to get elected, they lie to enact their policies and they lie when those policies fail.

There's a great argument that FDR and his socialist programs did little, if not enhance, the great depression of the 1930's. FDR, like Obama, surrounded himself with leftist and as this article dictates, some were overtly profound. Fortunately for FDR, no one could afford a newspaper and TV was science fiction.People were to hungry to pay attention.

As an amateur history buff on Pearl Harbor, there is an awful lot of coincidences with FDR and his cabinet knowing it was going to happen.

I never felt FDR was the "great" president as much of history has written about him and I wonder how his policies would pan out today.

Readers of this blog as well as other conservatives know what's going on today, much like Marshal and McCarthy did back then. I only hope and pray we survive this second attack from within. Keep fighting.

JeffersonOh is correct. People were too poor during the Depression to buy papers, their basic form of information.

But they also had people like Walter Duranty who promoted the Communist agenda, denying that Stalin was starving people to death as 25,000 Ukranians died each day from Stalin's starvation pogrom.

One only has to look at who FDR appointed as "farm administrator." Rex (the Red) Tugwell was another admirer of Stalin, wanting to creat communical forms modeled after the Russian design. When an Administration appointee is called The Red, it was not for a joke.